2017 is almost done and with 2018 on the horizon there was some moving and shaking to be done in my Monthly Top 20 Rankings. The Royal Rumble is the next big event as we enter WrestleMania season. So, let’s not waste ant more time and get into the final set of ranks for 2017!

The WWE Champion got a big win over Jinder Mahal in the main event of Clash of Champions. The phenomenal one ends 2017 as the champ that runs the camp and 2018 looks like another year that should feature plenty of AJ Styles. He is THE guy on SmackDown Live and holds a strong grasp on THE title.

ROOOOOOAAAAAAAARRRRRR! The Monster Among Men will have another shot at the Universal Championship at the Royal Rumble in a Triple Threat Match next month. 2017 was the year of Braun and he continues to be must see TV as the year comes to a close. Strowman will hoist that title at some point in 2018 and I cannot wait until he does. 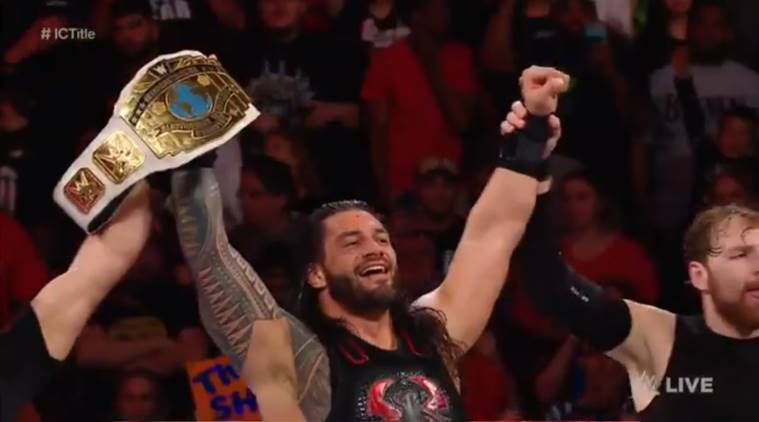 The Intercontinental champion got a week off this week, but will be back to defending his championship very soon. Reigns is still a stud and always delivers. It will be interesting to see if Roman ever gets his hands on the Universal Championship in 2018.

The Beast is finally back as he prepares to defend his Universal Championship at the Royal Rumble against Braun Strowman and Kane. Not much else to add to that.

SmackDown Live is ON LOCK with The Usos who continue to dominate inside and outside the ring. They successfully defended their championships at Clash of Champions in their Fatal 4 Way match and head into 2018 with all the momentum. The Usos are one of the best things going in WWE and belong in the top 5 of these rankings. 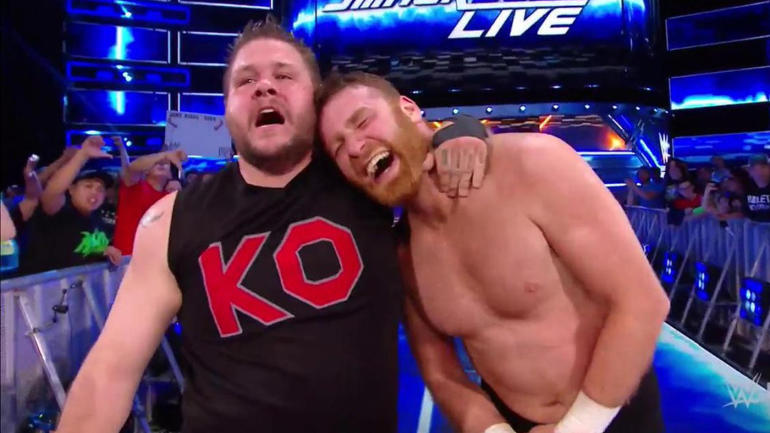 This dynamic duo kept their jobs with a small assist from Daniel Bryan at Clash of Champions. The Kevin and Sami….no no no…the Sami and Kevin Show continues to be one of the best things going for the blue brand and I look forward to more from these two in 2018. 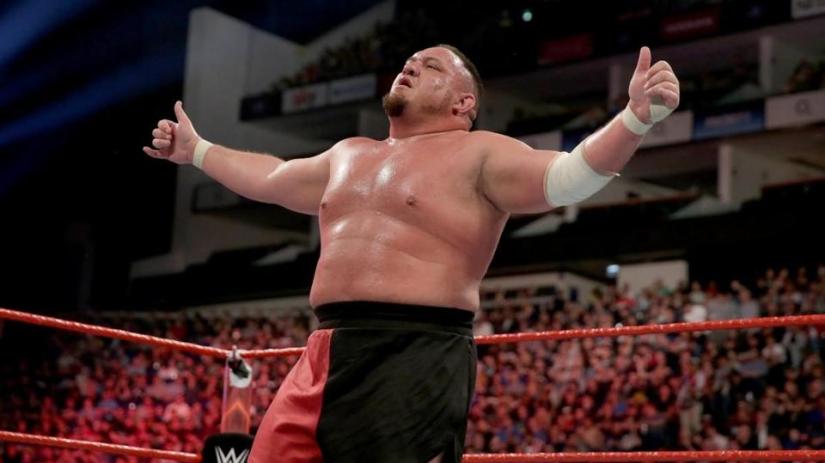 There has been no superstar more impressive the past few weeks than Samoa Joe. He always delivers whether it is his promos or his in ring work. I see big things in 2018 for Samoa Joe and RAW should be in for a real treat when him and Roman Reigns meet soon.

HAPPY RUSEV DAY! Finally, SmackDown Live is featuring the Bulgarian Brute and his cohort Aiden English weekly and it is paying dividends. These guys are both fantastic and incredibly entertaining. You know I am all in on Rusev Day and cannot wait to see what 2018 brings for this duo.

The RAW Tag Team Champions continue to hold off The Shield, but lack other competition for the time being. The Revival would be a nice fit, but somebody would have to turn to help it make sense. Regardless, Sheamus & Cesaro continue to thrive on RAW and set The Bar in the division.

That’s got to be…a title match for Kane? 2018 is off to an interesting start. The most likely scenario is the big red machine is in the match to take the pin, but crazier things have happened. Kane’s push is continuing and that will keep him relevant and in these rankings.

The show stealer stole the United States championship at Clash of Champions in surprising fashion. On SmackDown, Live Dolph led us through his career accolades then shockingly walked out of the ring leaving the title. I don’t know if this means he is done with WWE or not, but I am very intrigued. 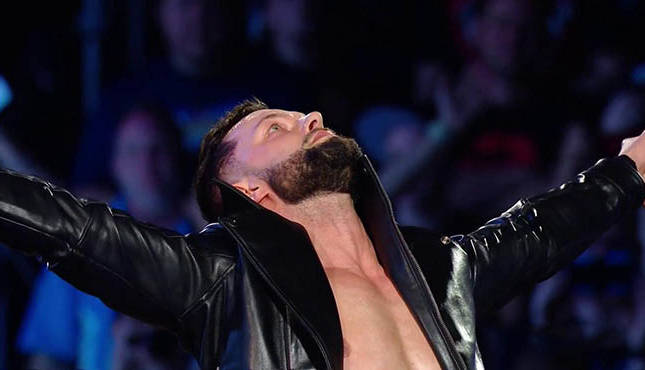 The extraordinary man who does extraordinary things has well, been doing a lot of ordinary things lately. He will not get his match against Brock Lesnar that everyone wants to see (except Nestlemania) and he has been simply just feuding with Curtis Axel and Bo Dallas in recent weeks. We all want more meaningful Finn Balor storylines and I hope we get them in 2018.

The Shield is showing some cracks after they have been unable to regain their championships from The Bar and now Dean Ambrose looks to be missing some time with a nagging arm injury. He was written off TV this week, so that leaves Rollins alone for the time being. This duo is trending downward currently. 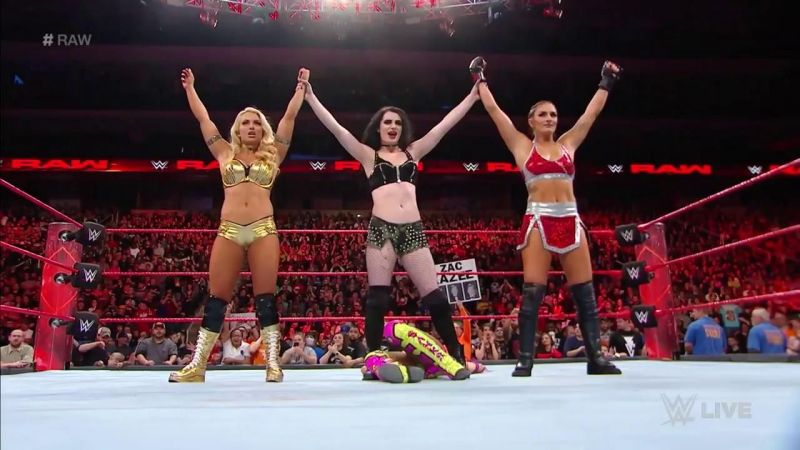 Of the two exact replica women’s groups that debuted last month I am more impressed with this trio. The biggest reason is obviously Paige who is one of the best competitors on the planet. Mandy Rose and Sonya Deville have some work to do, but will come along in time. Paige should be a favorite to win the first ever women’s Royal Rumble and her two new friends could help her do it.

The RAW women’s champion has now held that title longer than anyone else since its inception, but WWE does not seem to care. Alexa Bliss has been on the backburner on RAW over the past month and that is very disappointing. With news of the first ever women’s Royal Rumble who knows if Little Miss Bliss will even be defending her championship at the event. 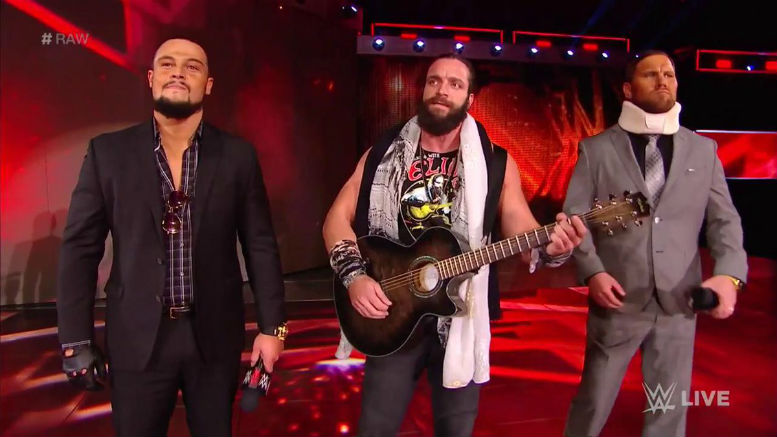 HELLO I AM ELIAS! Still one of the best things on RAW as we turn the calendar to 2018 even though he also hasn’t been featured much as of late. This is just the beginning for Elias and I am very excited to see what else the future holds for him.

This act continues to be fun for me as the Enzo Amore title reign continues. Drew Gulak has been a superb sidepiece for the champ and now with the Nia Jax storyline this has some fun intrigue. I would love to see Cedric Alexander win the championship from Enzo, but if not at least we still have this to entertain us. 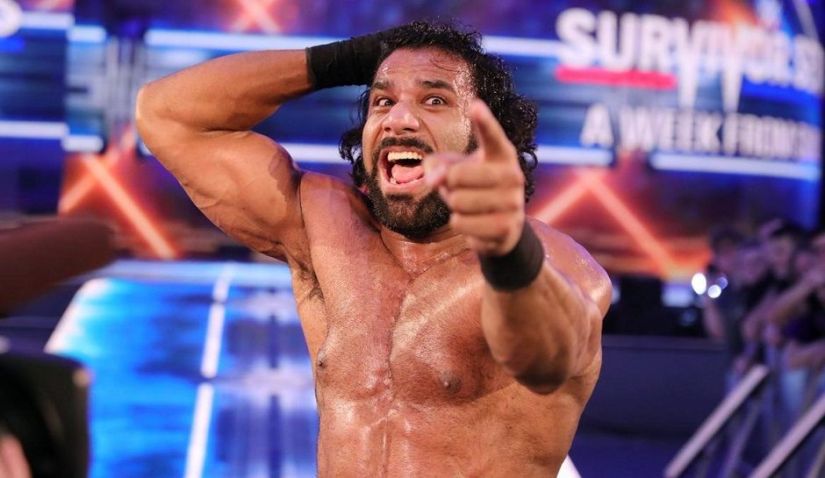 The Modern-Day Maharaja failed to regain his WWE Championship at Clash of Champions. Not sure where Jinder is headed next, but it sure was a crazy rise to prominence this year for Mahal.

This trio has burst onto the scene of SmackDown Live and continue to be heavily featured. The trio still doesn’t make any sense to me, but with the first ever Women’s Royal Rumble now officially happening you must believe The Riott Squad will be a big part of that.