After a quick reminder that Jordan Devlin vs. Travis Banks was going to be the main event for this week, the show started just how TakeOver: Blackpool ended, with Pete Dunne. I can’t think of a time I’ve ever seen Dunne come to the ring to do a promo. But that didn’t last long as Gallus quickly interrupted to crash the party. Which in turn was interrupted by the new challenger: WALTER. After a quick scuffle with Gallus, WALTER and Dunne have yet another stare down. I’m really needing to know if this man speaks or if he just likes to hold his hands behind his back all day. 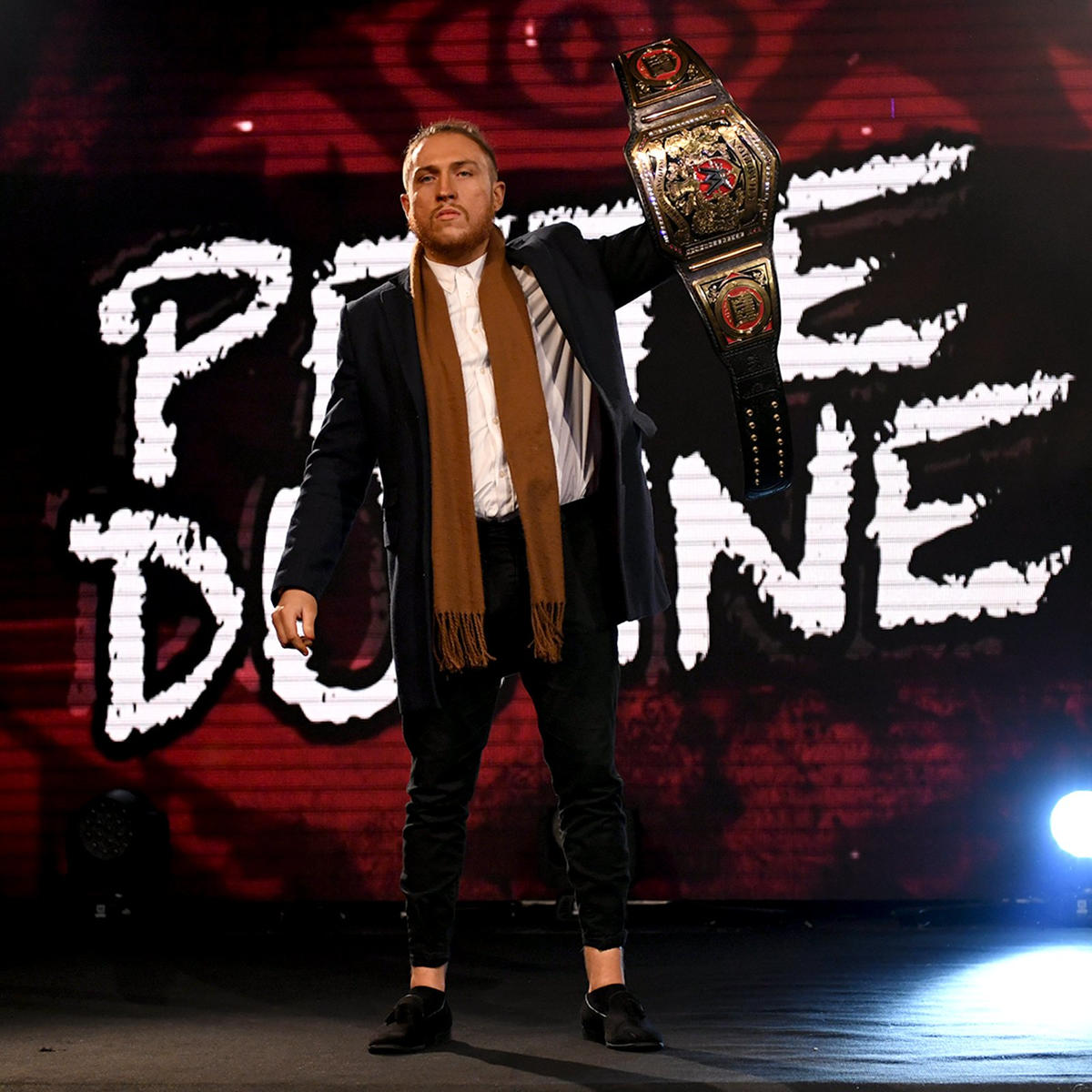 The next segment we get to hear from the assistant to the General Manager, Sid Scala, talking about the Worlds Collide Tournament. He gets sidetracked by the inaugural NXT UK Tag Team Champions entering the arena. I love Zack Gibson. And I will love him more when we see the day where he becomes the NXT UK Champion. I don’t have any issues with James Drake but he just seems to be there to accompany Gibson. He needs to start doing stuff where you want to hate him. Anyways, Gibson cuts off Scala from asking them questions and says they’ll be ready to talk next week. Maybe an open challenge?

Next up we have our first match of the show: Nina Samuels vs. Lana Austin. This match was basically a squash match. Austin got a couple of attacks in here and there but the majority of this match was Samuels’. A couple minutes later Samuels connects with her Prima Donna neck breaker and gets the 1-2-3. I would hate to see that move botched. Some serious consequences there. 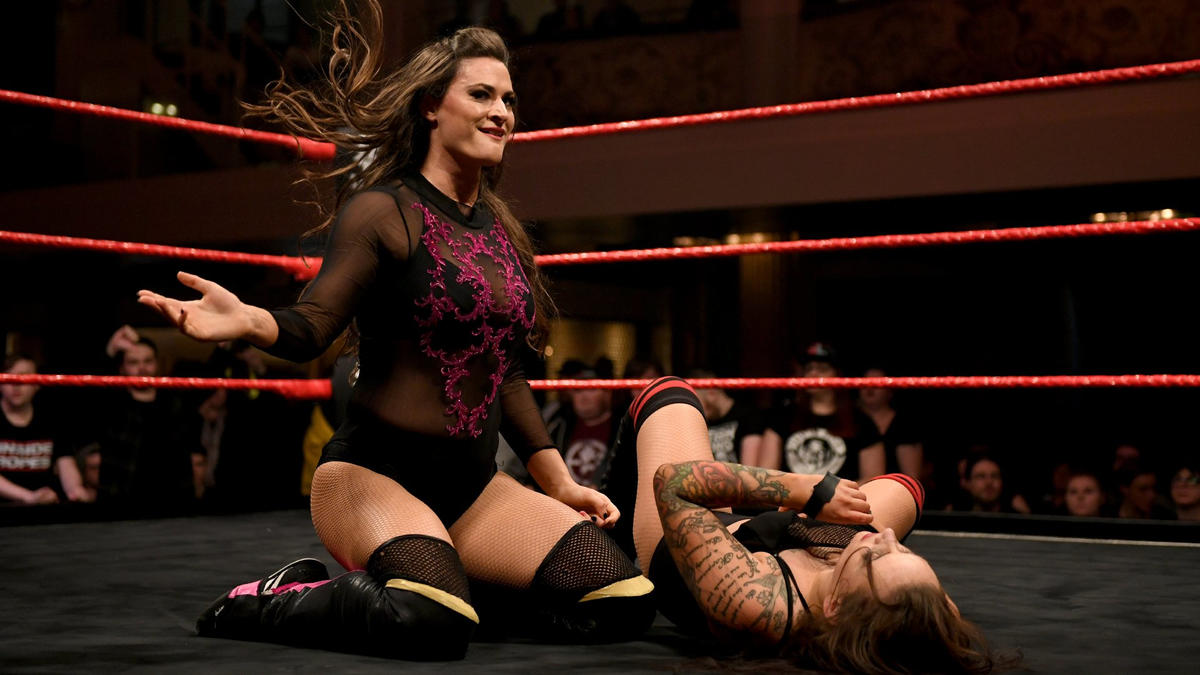 Two interviews were shown after the match. The first was for Moustache Mountain. Bate reassures us that even though they were defeated they are still after the tag team titles. I am also assured that Bate’s quads are bigger than my entire body.

Toni Storm was the other interviewed. Letting us know she could have went to any WWE brand but chose NXT UK because it deserves to be the best women’s division. That’s great and all. But besides Rhea Ripley, I cant think of any other real contender. I want to see Jinny step it up. They just need more talent put in there though.

The second match of the night followed. Here we got Eddie Dennis vs. Jamie Ahmed. Who’s nickname is ‘Screw Face’. Needless to say, this was another squash match. This match didn’t last long. I was really hoping for a Dave Mastiff sighting here. But the spotlight was on Dennis here. Minutes later Dennis gets the pin with his Neck Stop Driver. 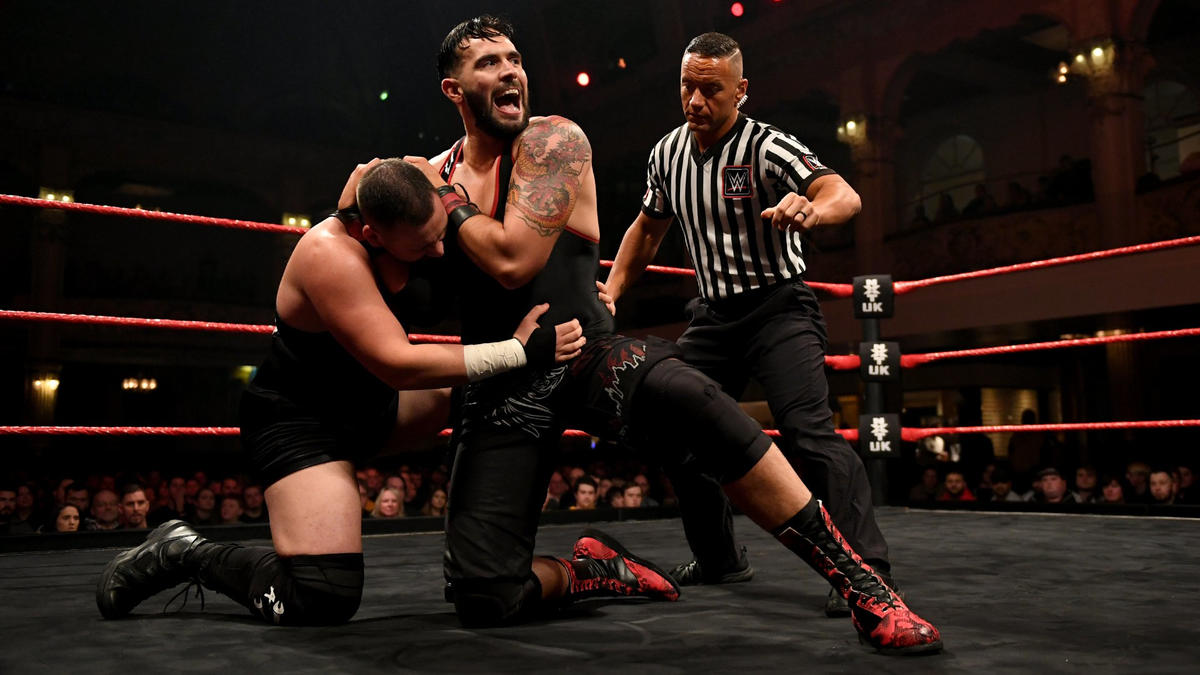 Soon after we get breaking news from General Manager, Jonny Saint, via tweet. The main event for next week’s show will be Moustache Mountain vs. Fabian Aichner and Marcel Barthel. I. Can. Not. Wait. For. This!!! I really want to see Aichner and Barthel pull off the upset here but I don’t see Moustache Mountain losing twice in a row. Only time will tell. And just what is the point here with having a General Manager AND an assistant? We also get word that WALTER will debut next week.

The main event we got Jordan Devlin vs. Travis Banks and this was incredible before the bell even rang. Banks rushed into the ring to get this match started and these two went back and forth for a solid 10 minutes of non stop action. A lot of great spots here. Especially the one where Devlin gave Banks a Spanish fly from the apron to the outside of the ring. I actually thought this match was better than Devlin vs. Bálor at TakeOver: Blackpool. This match also got a standing ovation about mid point through. And much deserved. An interesting ending though. The two weren’t able to make it in the ring by the 10 count, resulting in a double count out. But seconds later they went back to full throttle fighting each other outside the ring with the show coming to an end. After that match I’m definitely not going to complain to see this feud continue. 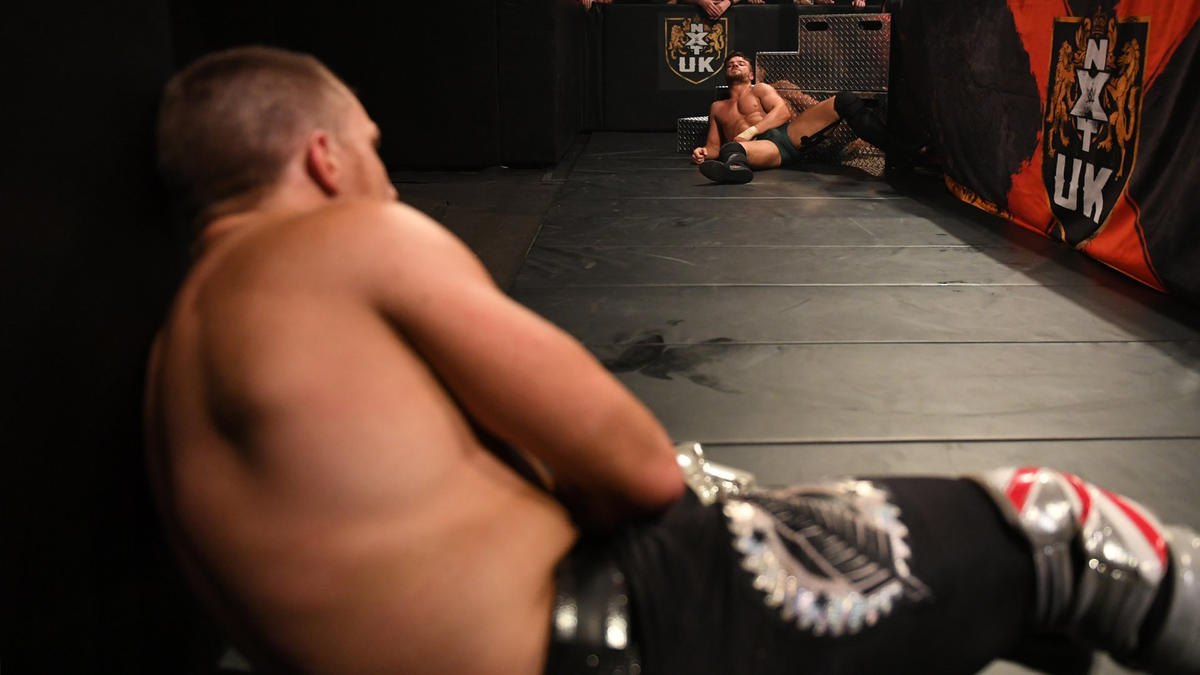 Even though we got two squash matches, that main event more than made up for it. And those squash matches didn’t overstay their welcome. Which is something NXT UK is good at doing so far. I haven’t heard any ‘boring’ chants so far. So for next time, will Dunne or Joe Coffee interfere in WALTER’s debut? Will Aichner and Barthel’s momentum be crushed by the Mountain? We will find out next week on NXT UK. Thanks for reading and long live wrestling!