This week’s edition of NXT UK was basically the same game plan as last week’s episode. We had a couple of squash matches with an entertaining main event. But this time, it started off just the way I wanted it to.

My boy, Dave Mastiff, finally made his way back to the squared circle in action vs. Jay Melrose. And even though it ended pretty fast with his flying cannonball. It was nice to get my Mastiff fix. 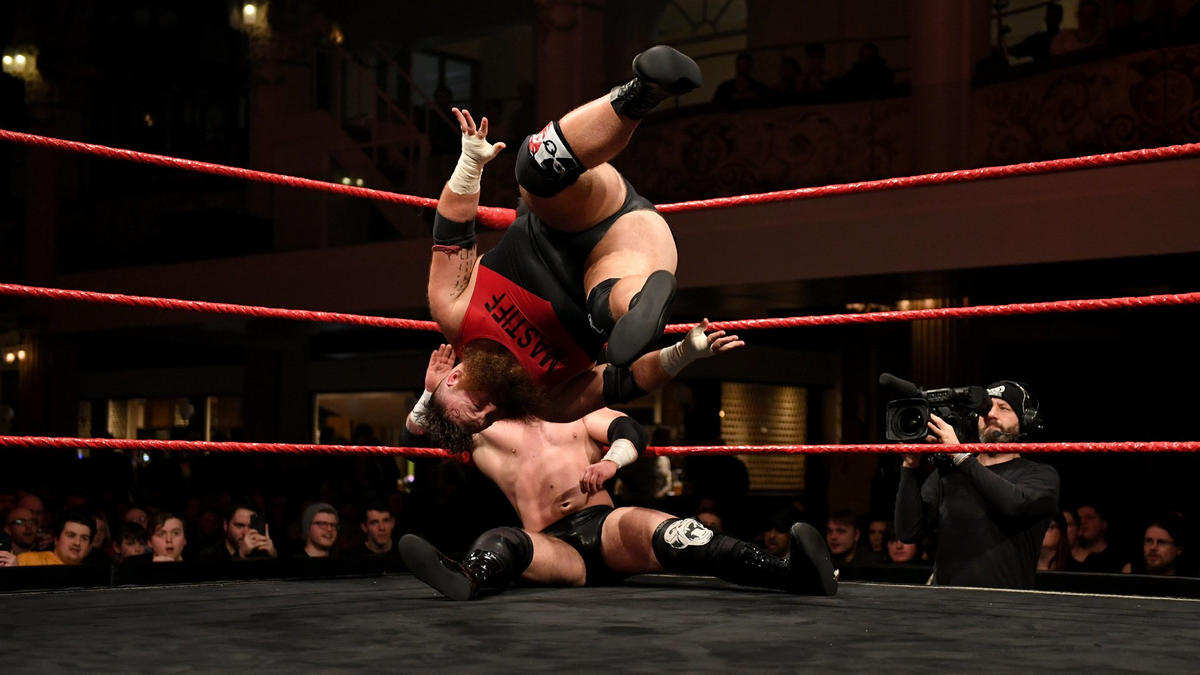 As promised from last week, the NXT UK Tag Team Champions, Gibson and Drake, came out to address the WWE Universe. This could have been a great time for Drake to say something. ANYTHING.

But it was Gibson doing all the talking. While basking in their glory, assistant to the General Manager, Sid Scala, came out with an announcement: the tag team champs will be facing Oney Lorcan and Danny Burch. . . soon. Even though he didn’t say exactly when, he also announced NXT UK will be going to Phoenix in three weeks. So maybe then? 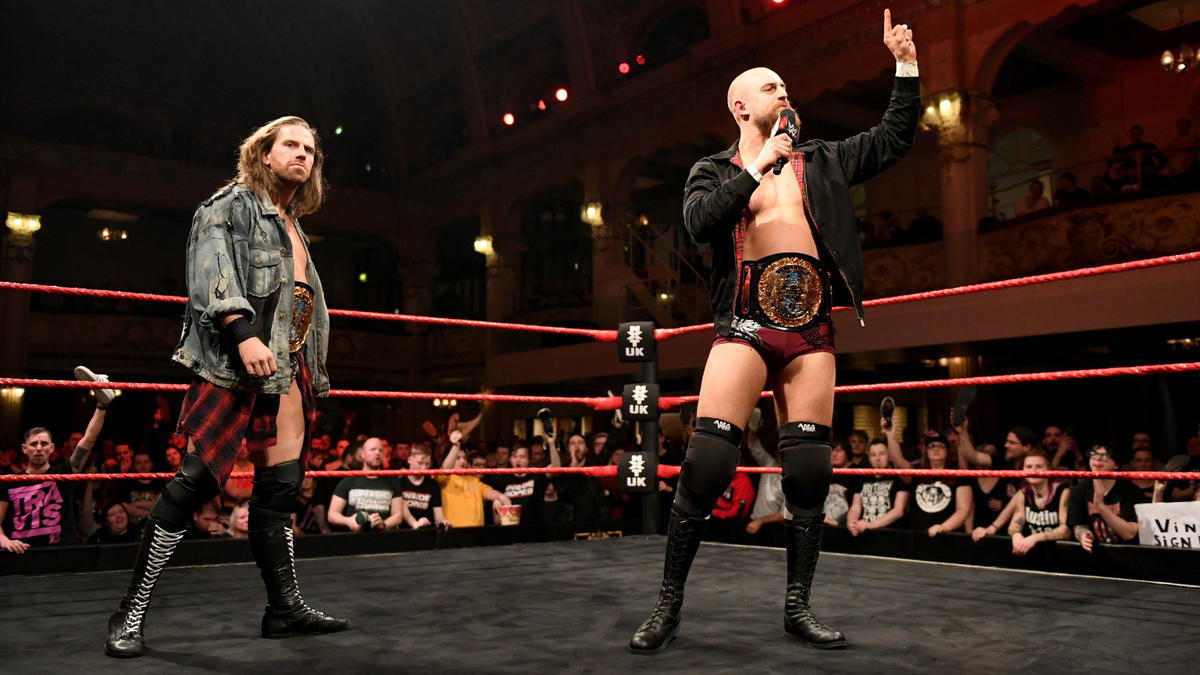 After that segment we got news that we would be seeing Xia Brookside in action next week as well as Ligero vs Mark Andrews. I got to say, I’ve enjoyed every match I’ve seen from Andrews. I wouldn’t mind seeing more of him here and in 205 Live.

After that we finally got to see WALTER in his NXT UK debut as he went up against Jack Starz. This guy was the perfect jobber for WALTER. Not only was he half the size of his opponent. But this guy had a very pale skin tone. I say this because at the beginning of the match, WALTER gave him a booming chop to his chest. Just one. And for the rest of that match he had the nastiest red glow shining off of that skin tone of his. It was incredible. It was as if WALTER’s hand took up his entire chest. Anyways, WALTER finished him off with a power bomb and I’m wondering if they have peeled this guy off of the mat yet. That guy took some amazing bumps in that match. 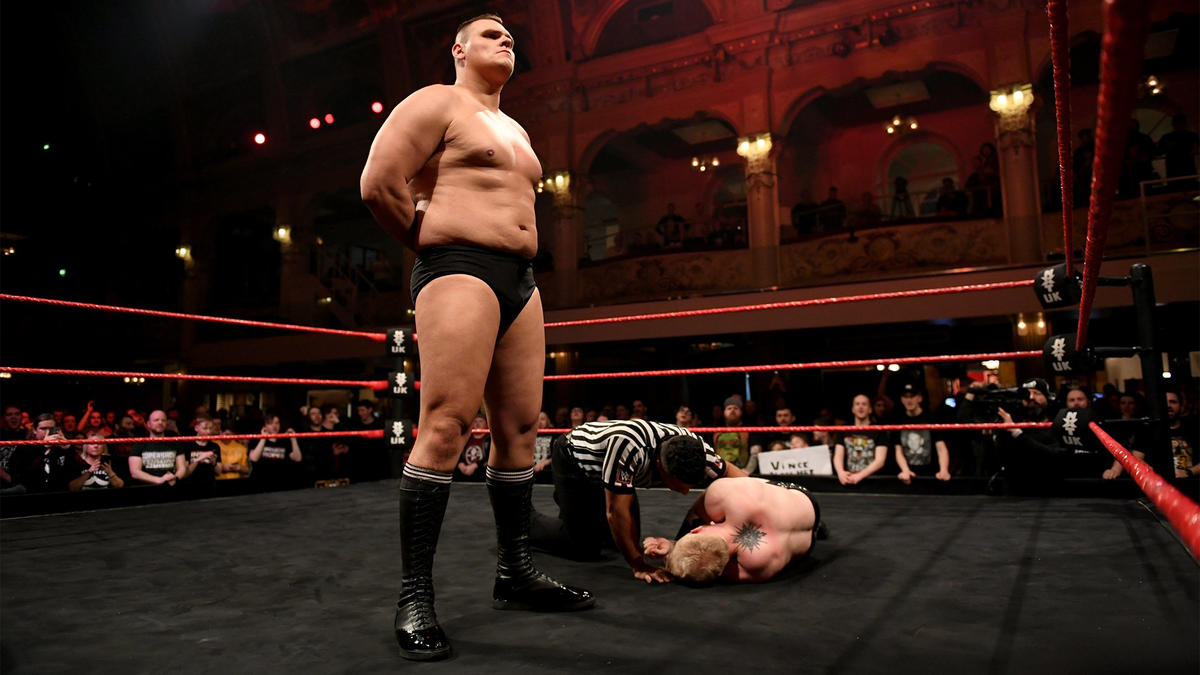 Following the commercial they showed WALTER backstage after the match and some officials had to hold off Mark Coffey from getting in his face. As WALTER kept walking, Aichner and Barthel came up from behind and tried to form some sort of alliance with him. But WALTER continued his silent streak and walked off.

The next match on the card was Jinny vs. Kasey Owens. Not a lot to say here. Jinny won after a couple minutes with her Makeover face plant finisher. 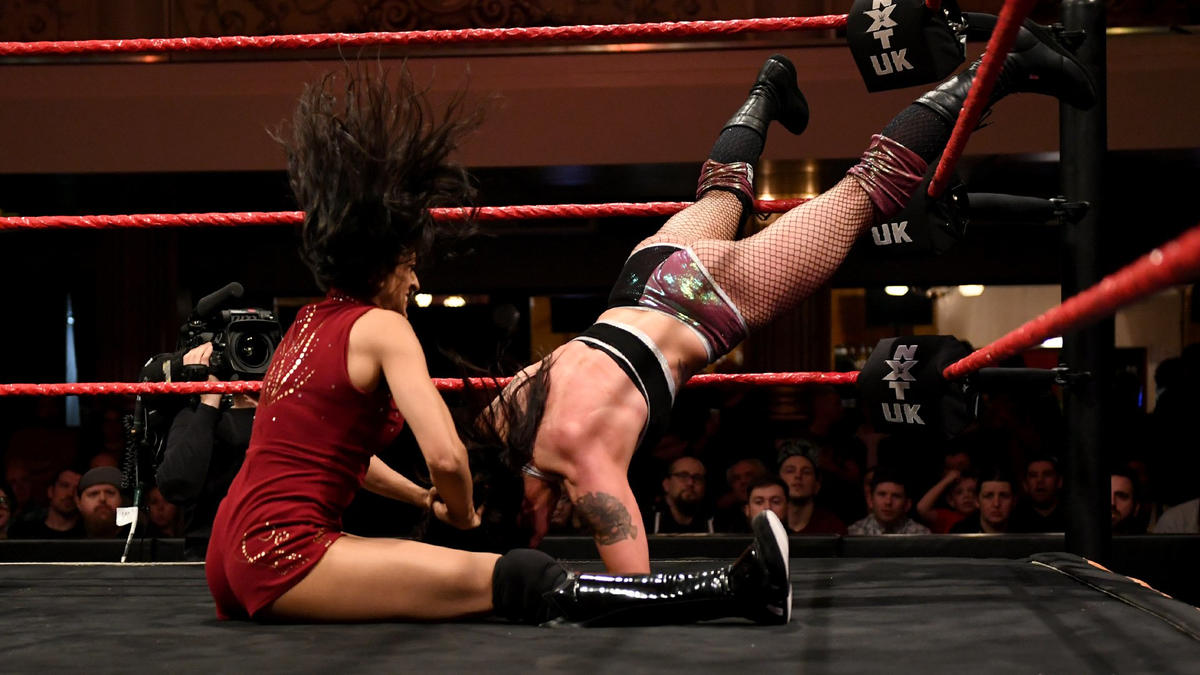 After the match, there was a backstage segment where Rhea Ripley went to Sid Scala and Johnny Saint and demanded a rematch against Toni Storm for the NXT UK Women’s Championship in Phoenix. Not only did Saint make that official, but also announced that Mark Coffey and WALTER will be facing off in the main event next week.

Our main event was next as we saw Moustache Mountain going up against Fabain Aichner and Marcel Barthel. Though not a bad match, I was expecting to get blown away with this bout. We did get a standing ovation soon after that awesome gorilla press to brain buster combo that Aichner and Barthel does. But other than that there wasn’t any stand out moments. Moustache Mountain got the win with their clothesline/full nelson suplex combo. 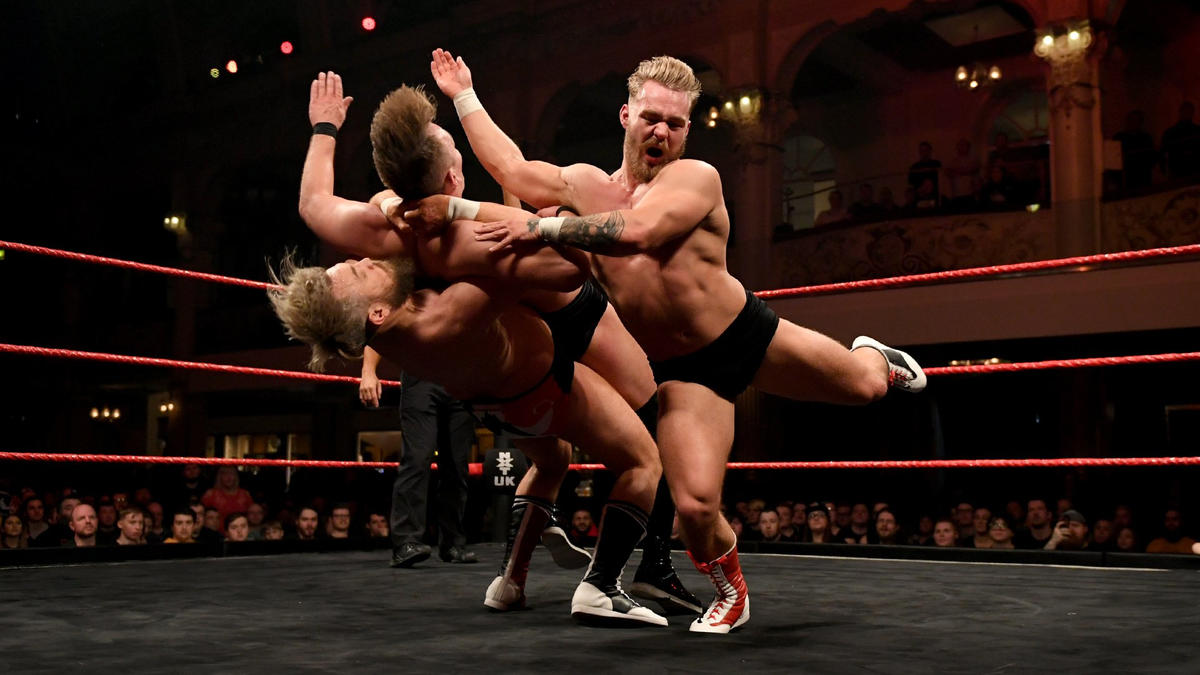 We didn’t get a bad episode this week, but I’d like to seeing less squash matches going forward here. Next week we have Xia Brookside with an unknown opponent, Ligero vs Andrews, and Mark Coffey vs WALTER in the main event. I’m not a betting man, but something tells me WALTER just might win his match. That wraps it up for this week’s NXT UK. Thanks for reading and long live wrestling!