This week we got started off with Tyler Bate against Jack Gallagher. Sadly though, I was a bit disappointed with this match. There was not a single wrestling move in this match. No body slam, no hip toss, and no suplex. Not even an Irish whip. It was nothing but holds and submissions. About five minutes into the match we got our first kick. We didn’t even get to see Bate’s signature fireman’s carry spin move. The match ended with the two continuously rolling each other around for a 1 count that seemed to last forever. After that circus act was over, Bate rolled up Gallagher for the pin. This was easily the worst match of the show and that I’ve seen from Bate. The highlight of the match was Bate entering the ring. I’m not kidding. 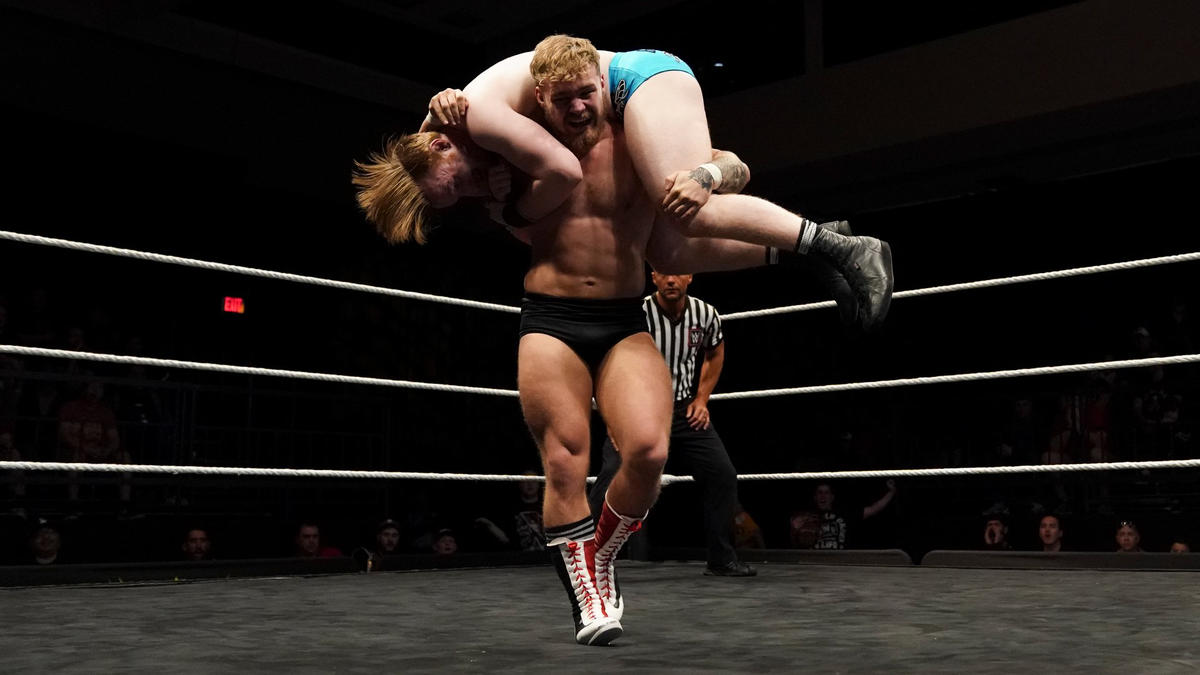 After the match was footage of Travis Banks training with some upcoming talent. This was halted by Devlin attacking Banks from behind. We also got another theatrical themed promo for Nina Samuels. The last segment before the next match was a promo from Eddie Dennis. Which was him basically saying that he isn’t going anywhere even though he lost to Mastiff at Takeover. I really wish he would have just challenged Mastiff to another no DQ match. We’ve only seen these two guys once in the ring since Takeover. Which is a shame. That match was probably my favorite match on the PPV.

The next match on the show was Kassius Ohno against WALTER. I was worried this match was going to be a squash match. But it was pretty much 50/50 throughout. There was some pretty heavy hits in this one. Interestingly though, we didn’t get that WALTER Slap we were waiting for. He did do one slap. But it wasn’t that caliber of a Thanos Snap that we’re use to. And oh yeah, we finally heard words from WALTER during the match. While Ohno was chopping away on him at one point, he said “Come on!”, asking for more damage. Not the most memorable moment. But hey, baby steps. Ohno put on a good match but eventually fell to WALTER’s power bomb. 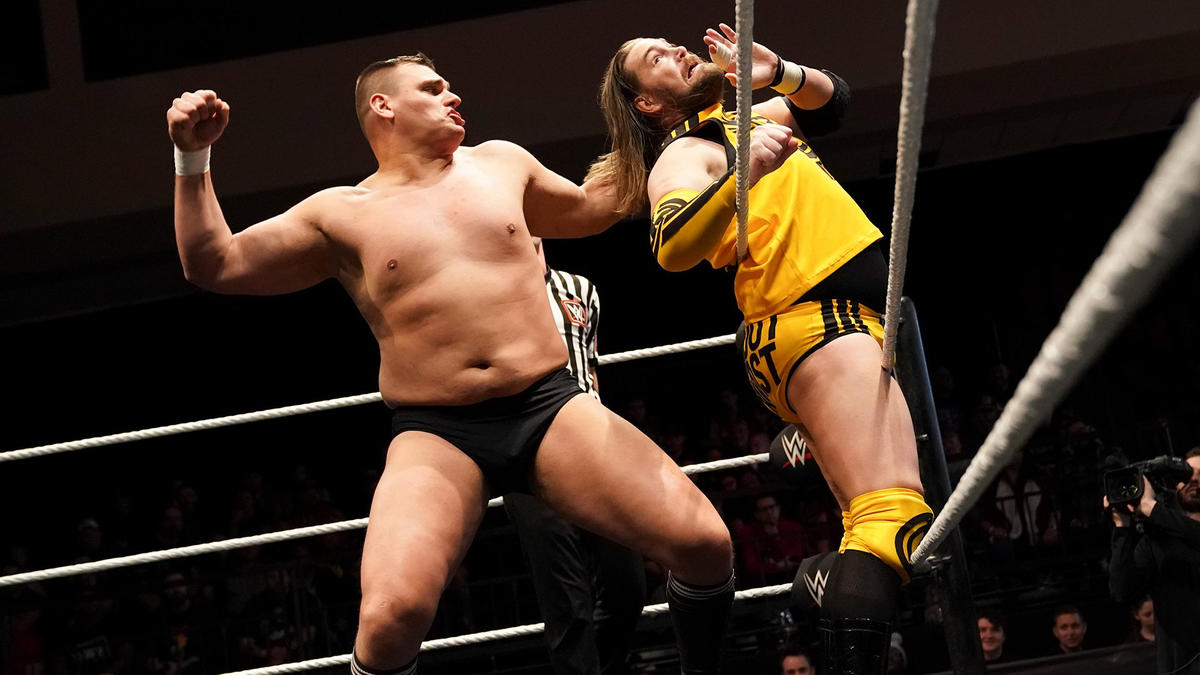 Next we got a promo from Ligero calling out Joseph Conners. He advises him that he is only as good as your last match and says he can beat him again. Which sets up a rematch for next week. We also get word that Devlin and Banks will also be in a match next week in a Falls Count Anywhere match. I don’t want to see Banks get buried, but I want to see Devlin win this. I think he’s the best thing going right now for the brand.

For the main event we had Oney Lorcan and Danny Burch challenging the Grizzled Young Veterans for the NXT UK Tag Team Championship. This was easily the most entertaining match of the night. I really enjoyed the spot where Lorcan had Drake in a single leg Boston Crab while Gibson had Burch in the Shankly Gates. After a quick stare down, Gibson started smacking Lorcan while still doing his submission. Then Lorcan returned the favor by signature smacks while holding Gibson’s face. Soon afterwards though, the Veterans took the win with the Ticket to Mayhem. This was a great match. 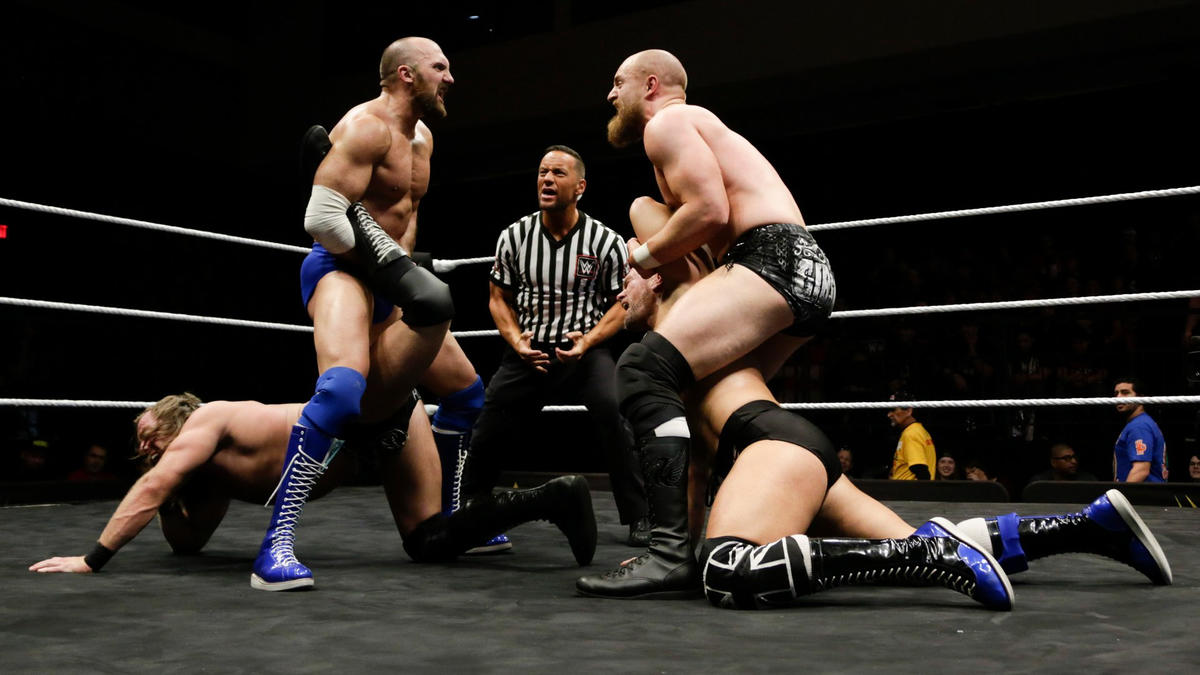 And that wraps it up for this week’s episode. With the exception of that first match we had some good matches. Two of the matches featured wrestlers who are not from the UK, but oh well. Next week we have Ligero vs. Joseph Conners and also Devlin vs. Banks in a Falls Count Anywhere match. Thanks for reading and long live wrestling!