This week’s episode started with Sid Scala announcing that in four weeks, there will be a fatal four way match to decide who the new No. 1 contender will be for UK Championship . Also, the 8 men have already been picked to decide who will be competing for that match. 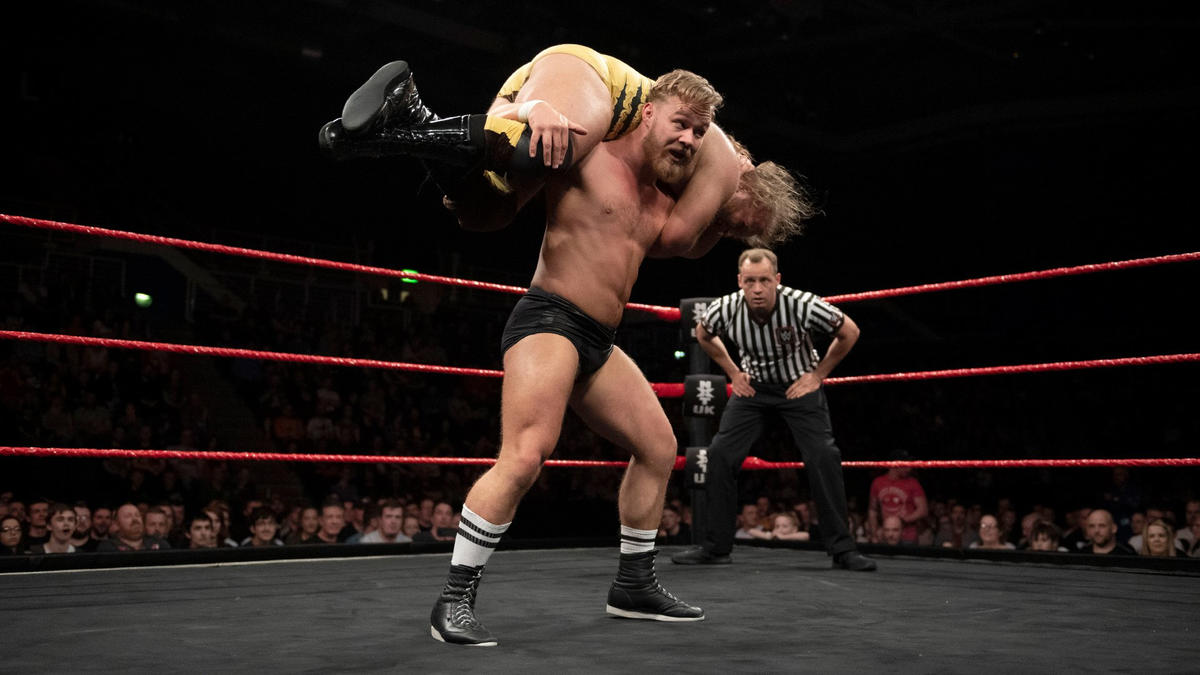 The first match of the show was Moustache Mountain vs. The Hunt. So this was the first episode of NXT UK being back in the UK since WrestleMania. That being said, the crowd this week was wild. It seemed like they were all locked in cages since WrestleMania and were just released to watch this show. This was probably the most excited NXT UK crowd I’ve seen. During the match, The Hunt really didn’t get booed, but they weren’t getting cheered either. The crowd was 100% behind Moustache Mountain. There wasn’t any stand out moments but the crowd kept it exciting. Moustache Mountain came out with the win after delivering their clothesline/dragon suplex combo.

After the match, we got quick footage of Kenny Williams helping an injured Amir Jordan to the training room. Williams and Jordan are scheduled to fight The Grizzled Young Veterans in the main event for the Tag Team Titles. 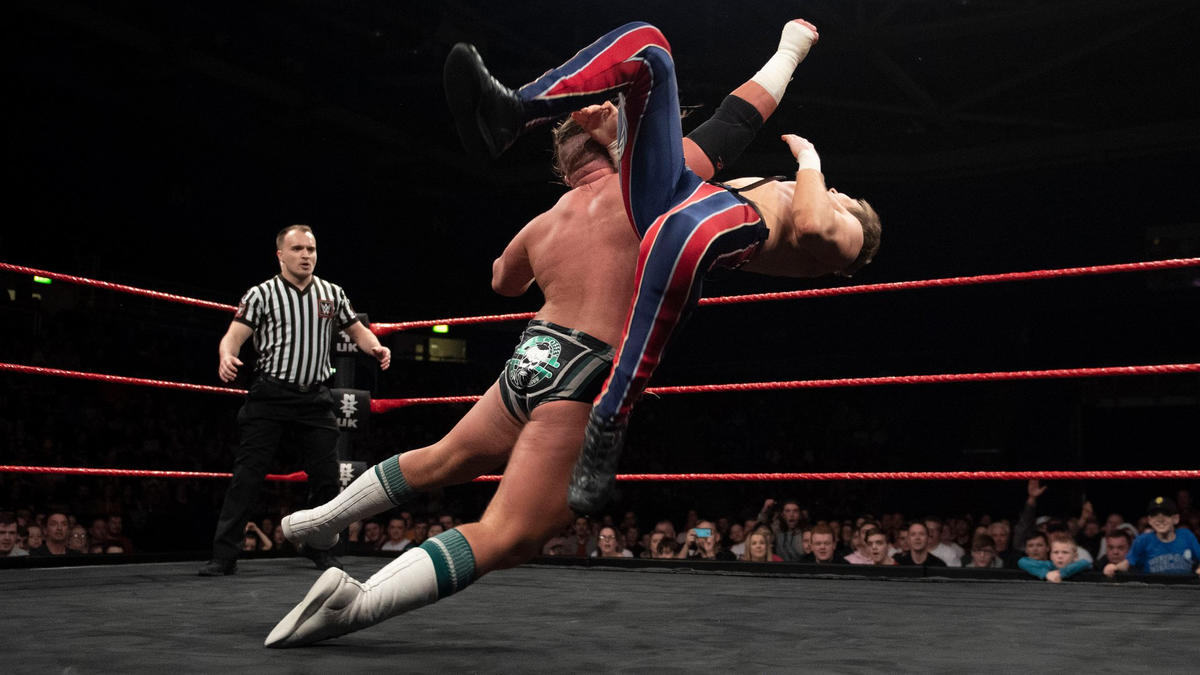 The second match of the show was Joe Coffey vs. Morgan Webster in a qualifier for the fatal four way match. We went to Bizarro Land for this one. During the ENTIRE match, Coffey was getting cheered and Webster was getting booed. This was due to show being in Glasgow, where Coffey resides. Even if Coffey kicked out of a one-count the crowd was cheering. It was pretty amusing. If this was your first time watching wrestling, you would’ve thought this was the greatest hero and villain squaring off. Coffey would win with his discuss clothesline. But we’re not done here. After the match, the rest of Gallus came out. During this, Wolfgang warns Mastiff about their match next week for the qualifier of the fatal four way, and the crowd absolutely ate it up. I don’t think we are going to see Gallus get this much love ever again. This really was an interesting, unique moment.

Following that was Nina Samuels vs. Kasey Owens in the third match of the show. Not a lot happened here. But that crowd is still keeping everything exciting. Samuels gets the win with her Nina-garoshi finisher. After the match while still in the ring, Samuels reminds us that she is still after Toni Storm and will be the next women’s champion. 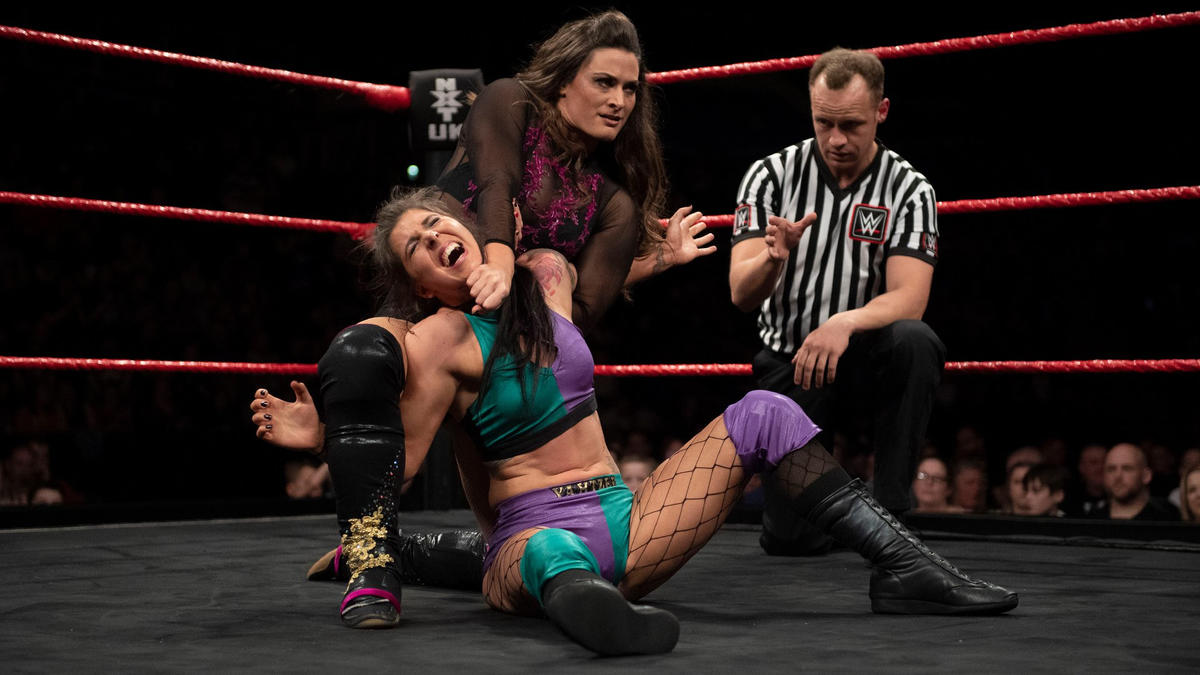 We got some quick promos after the match. First off, Mastiff tells a bunch of reporters that he is going to beat Wolfgang and smash the Gallus Kingdom to bits next week. While Mastiff is exiting, Kay Lee Ray comes in and tells the reporters that Nina Samuels is clever but she isn’t here to wait in line and that’s she’s picking her moment.

The Grizzled Young Veterans came out to the ring and Gibson advised the audience that Amir Jordan was injured and was not able to wrestle in the main event for the titles. But Kenny Williams interrupted and said he had Noam Dar as a replacement. This match was incredible. There was a moment where Dar and Williams had submissions holds in at the same time and I really thought they were going to win. So did the crowd. But after an exciting back and forth match, the Veterans would come out on top after Gibson delivered his Helter Skelter followed by a 450 splash from Drake. 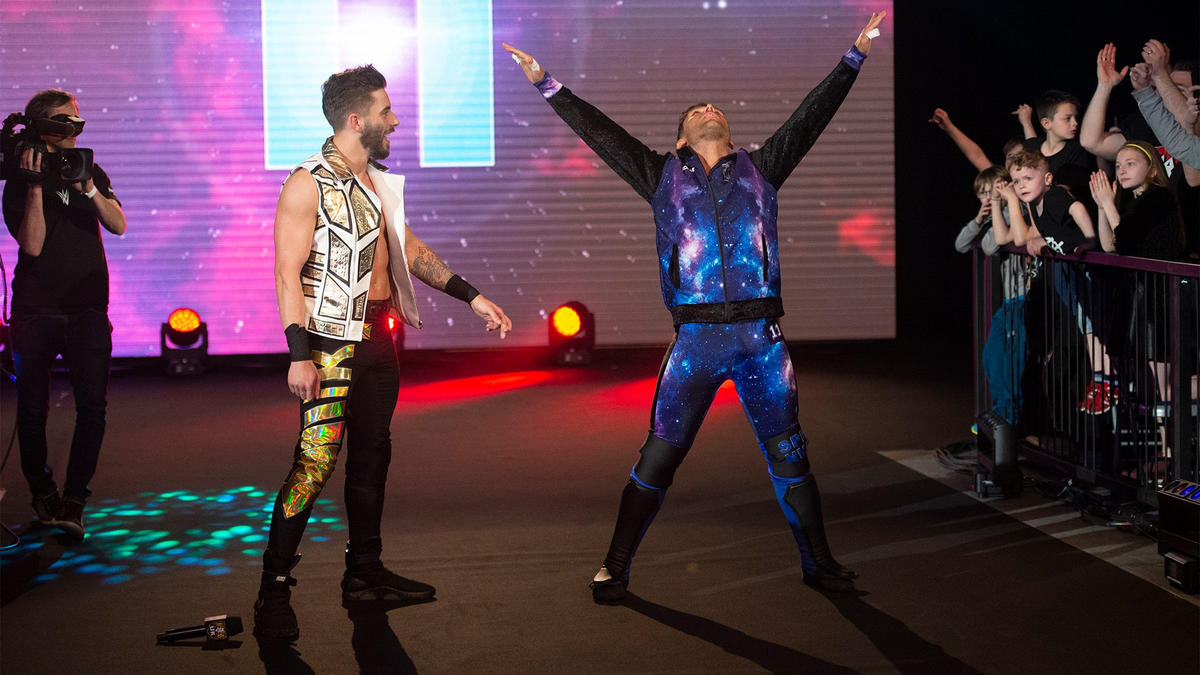 And that wraps it up for this week’s episode. This has been two straight weeks of a great crowd. Next week we have Ligero vs. Jordan Devlin in a qualifier match for the fatal four way match and also the debut of Dragunov. Another match to look forward to is Pete Dunne vs. WALTER in two weeks in a rematch for the NXT UK Championship. Thanks for reading and long live wrestling!