This week’s episode started off with Piper Niven vs. Jamie Hayter. Not really anything to comment on here. Pretty much a squash match. The match ended in about 5 minutes, if that, after Niven delivered her Michinoku driver. The audience wasn’t as wild as last week, but they were still having a good time during the match and throughout the show. So that alone didn’t make this match feel like a wasted time. 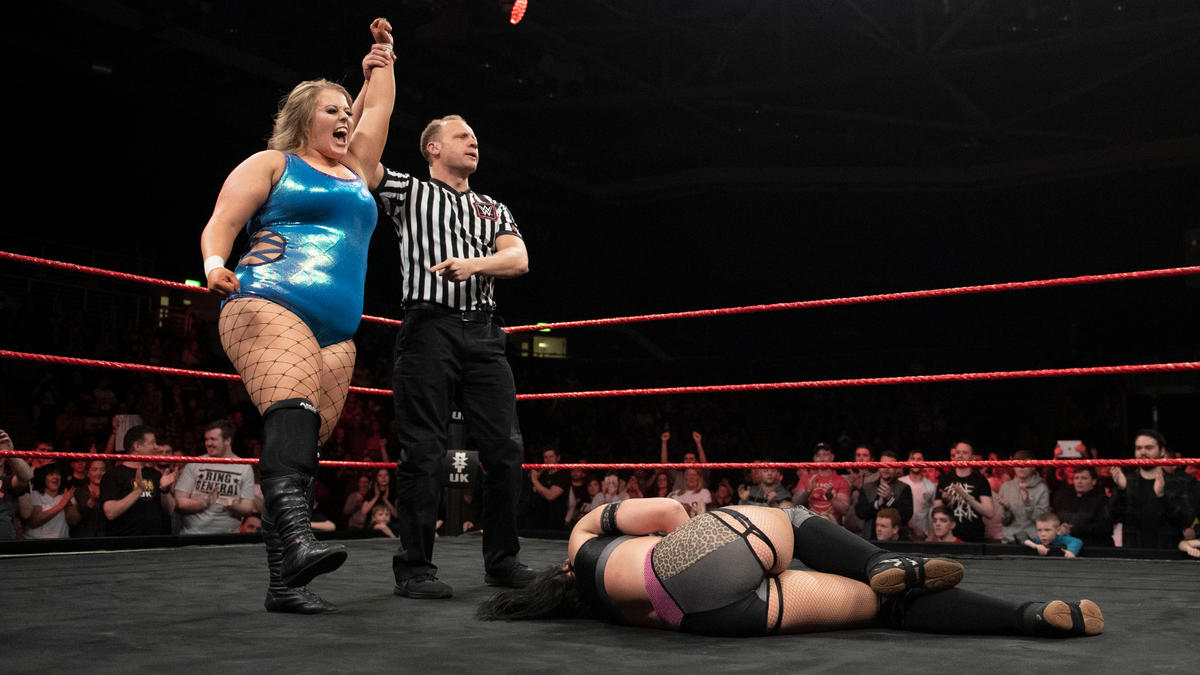 After the match was a couple of promos. First off, Toni Storm says she didn’t have a problem with Nina Samuels until she brought up her family. Now she wants this match more than Samuels and will put her title on the line. Following this, Sid Scala is asked about the Pete Dunne vs. WALTER rematch but is immediately interrupted by Kassius Ohno. Ohno wants to know why he has been overlooked in the fatal four way match. Scala advises that he will talk to Johnny Saint about it and will have an answer for him next week.

The second match of the show was Ligero vs. Jordan Devlin in a qualifier match for the fatal four way. This match wasn’t as high-thrills as I was expecting but it still wasn’t boring match. Devlin would kick Ligero while he was attempting a springboard attack and turn it into his high angle suplex for the win. After the match, Devlin says he doesn’t need a qualifier match, he already is the #1 contender. Amen to that. 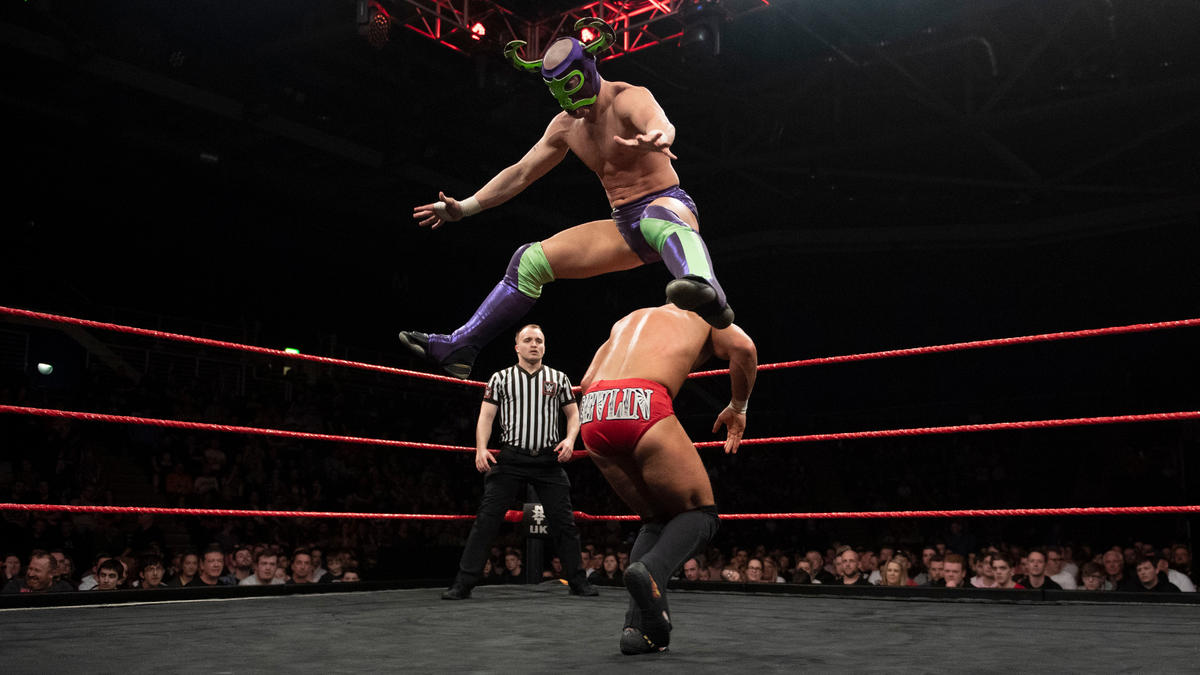 Some more promos followed after the match. Walter says he’s the ring general because he’s in charge. He doesn’t feel pressure being the champ and mentioned that Dunne brought good competition. He’s ready for the rematch. In the next promo, Moustache Mountain thinks that Dunne will win the title back in his rematch against WALTER and that it’s the biggest rematch of the brand to date… that is until they get their rematch with the Grizzled Young Veterans for the tag titles.

Our next match is Jack Starz vs. Dragunov in his NXT UK debut. I’ve never seen any of this guy’s previous matches before, and I wish I had because I was a bit underwhelmed with this match. There wasn’t really a move set besides some clothesline’s and him acting all hulked up. He would eventually win with his Torpedo Moskau finisher. Which looks like a flying corkscrew headbutt. I don’t want to under sell this guy since this is my first time watching him but he just didn’t do it for me. 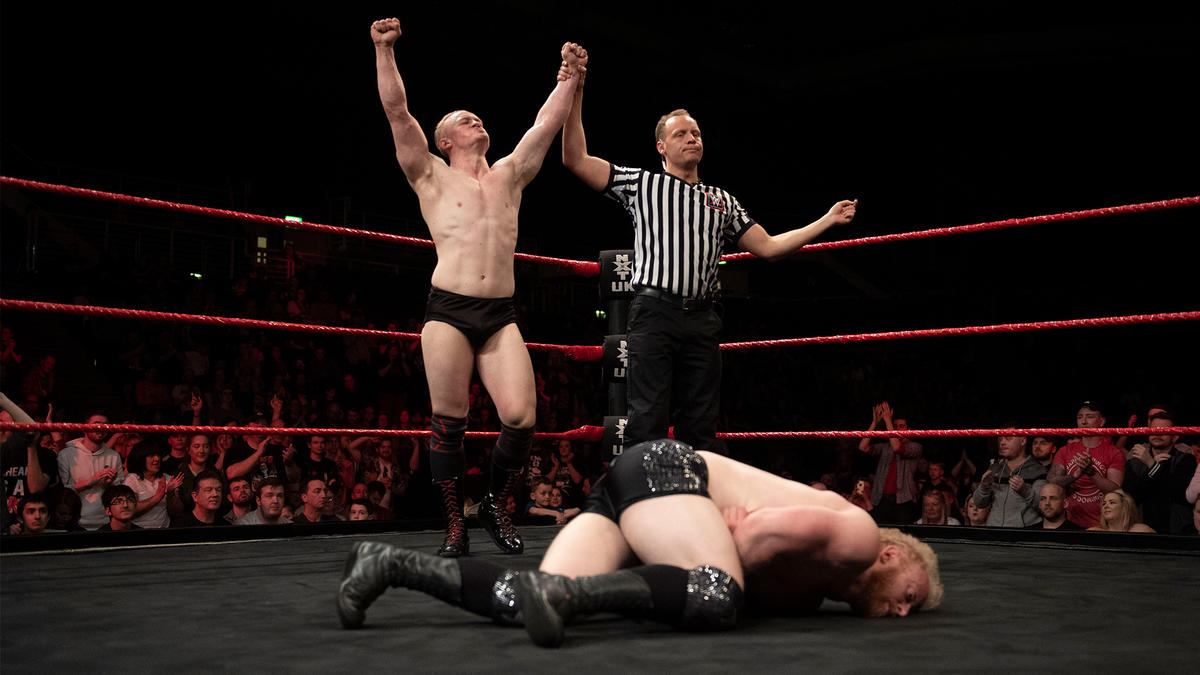 After this was a quick backstage segment with Mark Andrews and Noam Dar announcing that they will be having rematch due to their last outing ending in a double injury no contest.

The next match of the show is Killer Kelly vs. Xia Brookside. I’ve been very impressed with Brookside so far. She’s had great chemistry with everyone so far. And this was no exception. After some nice technical wrestling though, this match was interrupted by Jinny. And Jinny had a new friend – Jazzy Gabert. As Gabert made her way to the ring, Kelly left Brookside to herself after she tried form a plan with her. Gabert laid waste to Brookside once she entered the ring. This woman is HUGE! Especially compared to Brookside. I just hope this doesn’t put Jinny on the back burner and that this just her new heavy. 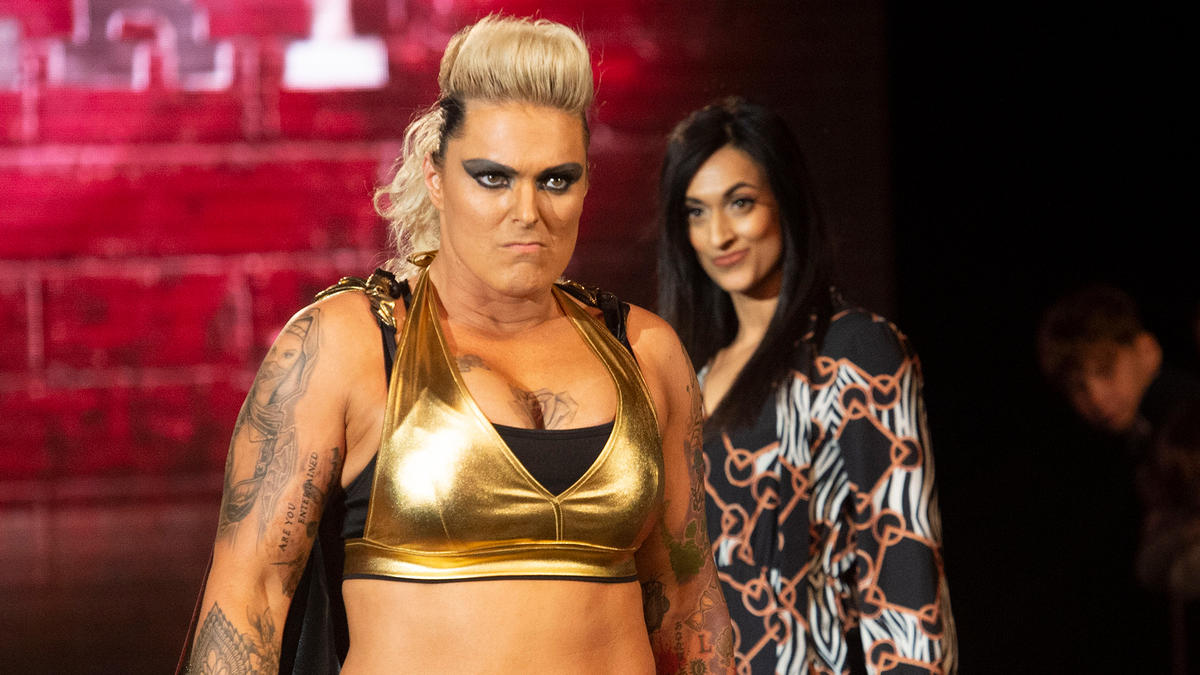 Following this, we get news from Johnny Saint, via tweet, that Toni Storm will defend her title against Nina Samuels in two weeks.

For the main event, we got Dave Mastiff vs. Wolfgang in a qualifying match for the fatal four way match. Glasgow, once again, was beyond excited to see Gallus. And this, once again, had me cracking up seeing a member of Gallus being cheered and their competition booed throughout the match. It was as if the audience came to the show to see Gallus, again. I’m going to assume this will change once they are no longer is Glasgow. But it’s just been entertaining seeing Gallus as the good guys. And they are pulling it off very well. The outcome did not favor the audience, though. As Mastiff would come out victorious with his running cannonball. This, of course, was as if the rug was yanked from the under the audience. But fear not, the other members of Gallus would immediately come to the ring and beat up Mastiff. With Wolfgang getting the the last laugh delivering a Swanton bomb. And just like that, the crowd was back to feeling good. And you could tell by Joe Coffey’s body language that he was on Cloud 9. It’s about time Gallus started showing strength in numbers. I have been absolutely loving this Gallus attention these last two weeks and I can’t wait to see what they do with this once they get away from Glasgow. 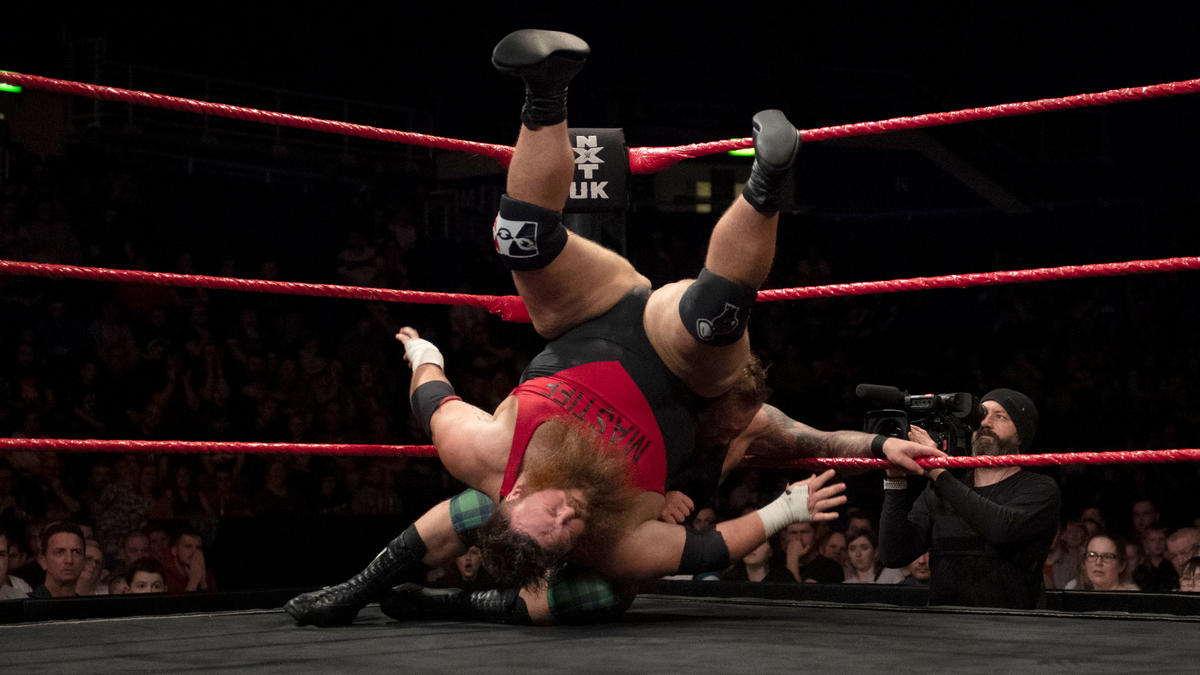 And that does for this week’s episode. This brand has been on a roll as of late and we’ll see if they can keep the Gallus train rolling. Next week we have Mark Andrews vs Noam Dar and also Pete Dunne and WALTER in a rematch for the UK title. And don’t forget in two weeks Toni Storm will be defending her title against Nina Samuels. Thanks for reading and long live wrestling!