This week’s episode started with WALTER, Aichner, and Barthel making their way to the ring. Barthel says they’re here to lead us to a better NXT UK, Aichner adds that British Strong Style has expired, and WALTER finishes by letting us know that they are collectively known as Imperium. Pete Dunne then interrupts with Moustache Mountain by his side. A fight breaks out as soon as they enter the ring. During the chaos, the cameraman gets knocked over causing the filming to stop, which leads to a commercial break. Once the technical difficulties get fixed, we learn from Sid Scala that Imperium will face British Strong Style in two weeks. I thought this was a pretty interesting way to start the show. More factions lead to more opportunities. 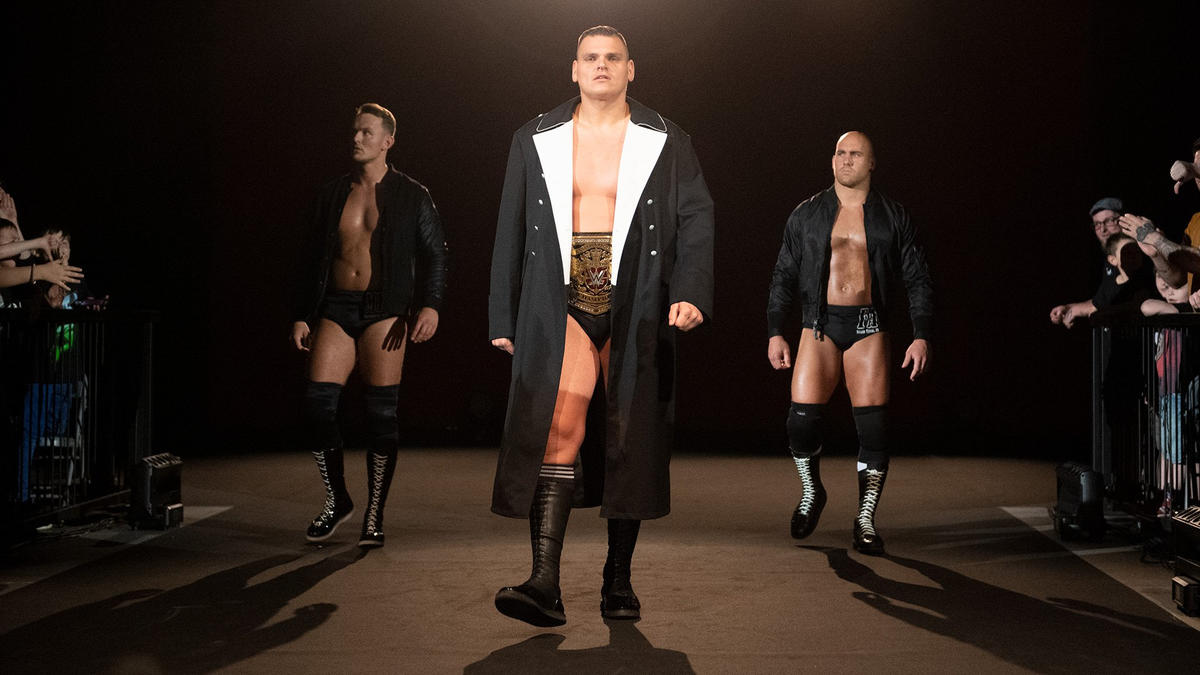 Our first match of the show was Mark Coffey and Wolfgang vs. Carlos Romo and A-Kid. Wolfgang immediately attacked when the match started and crowd absolutely loved it. Gallus is at a point right now where they could play hopscotch in the ring and the crowd would cheer like crazy. They are firing on all cylinders right now. There wasn’t a lot to this match though. Coffey and Wolfgang would take the win after delivering a kick to the head/power-slam combo.

Up next was a couple of promos. First off was for Xia Brookside. She says Jinny isn’t big enough to face her on her own so she had to bring in Jazzy Gabert for help. Isla Dawn interrupts and says they’d make a good team against them and walk off together while talking strategy. Next up is for Joseph Conners. He says people are saying Dragunov is the most intense man on NXT, but comments that they’ll see about that once they’re in the ring together. 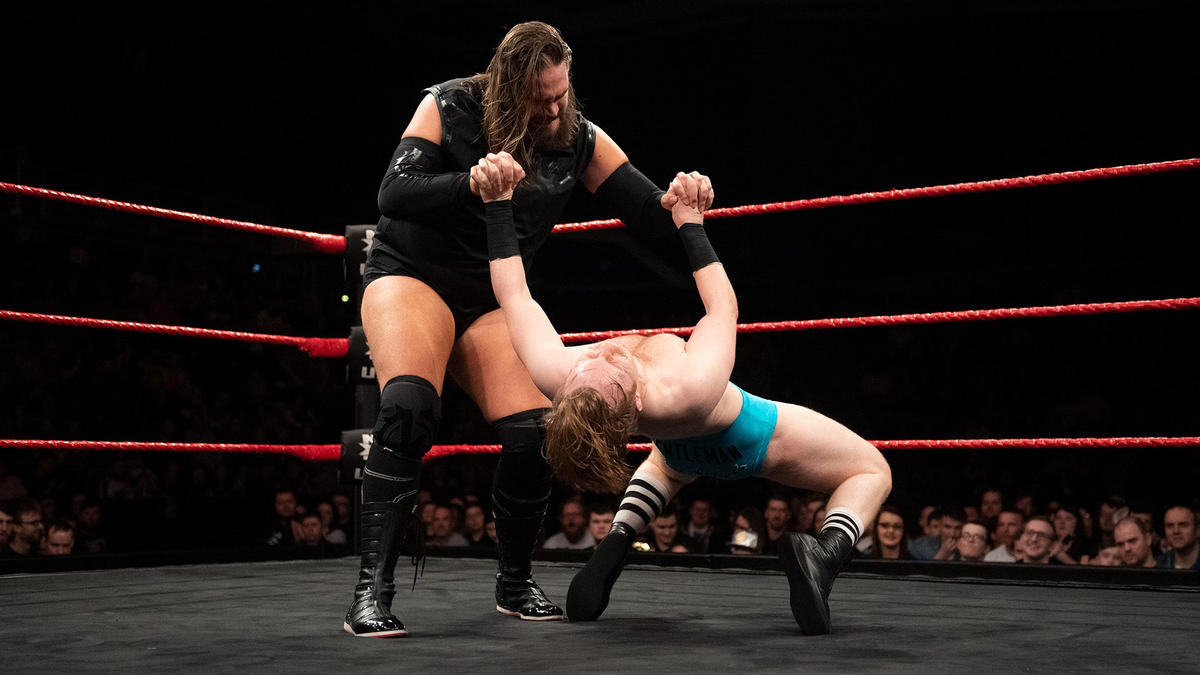 The second match of the show was Kassius Ohno vs. Jack Gallagher. This match was great and was easily the best match on the card. There was a lot of spots for each wrestler to show off their technical skills. Ohno would come out with the win after delivering his discuss forearm even though Gallagher’s foot was underneath the rope.

After the match was a quick promo for Piper Niven calling out Rhea Ripley for a match. This lasted about as long as it took me to write this sentence. But hey, it was short, sweet, and to the point.

The main event was next with Nina Samuels vs. Toni Storm for the NXT UK Women’s Championship. This was easily Samuels best match since being with NXT UK. That being said, there wasn’t really any moment where it felt like she had the upper hand. Storm would retain her title with the Storm Zero. 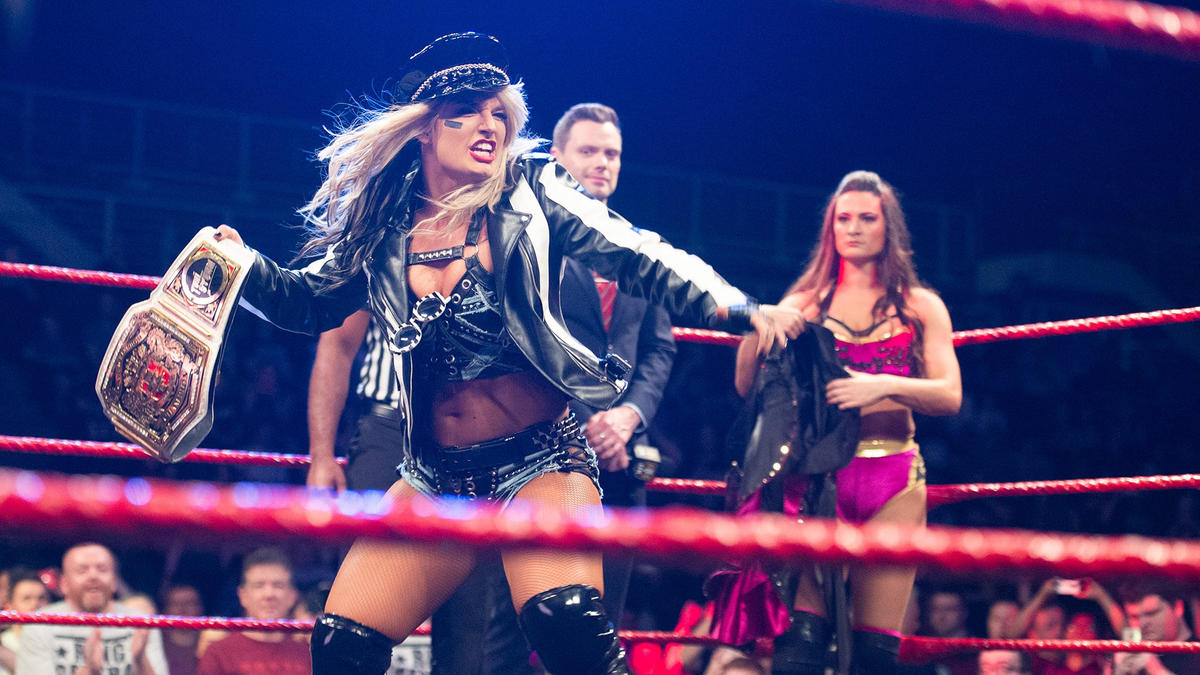 And that wraps it up for this week’s NXT UK. Next week we have the fatal four way to see who’s the #1 contender for the NXT UK Championship. I wouldn’t complain if this took up the entire show. Also, in two weeks, newly formed Imperium goes up against British Strong Style in a six man tag match. Thanks for reading and long live wrestling!