This week’s episode started with a super quick backstage segment with Travis Banks. He says he knows he is the underdog against WALTER but he’s prepared. And that’s it.

We’re still at the Download Festival with a great crowd and our first match of the show is Mark Andrews vs Joseph Conners. Not a bad match but nothing really stood out in this one. The crowd was pretty vocal for this one with all their love going towards Andrews. Andrews would get the win with a Stundog Millionaire followed by his Fall to Pieces shooting star press. 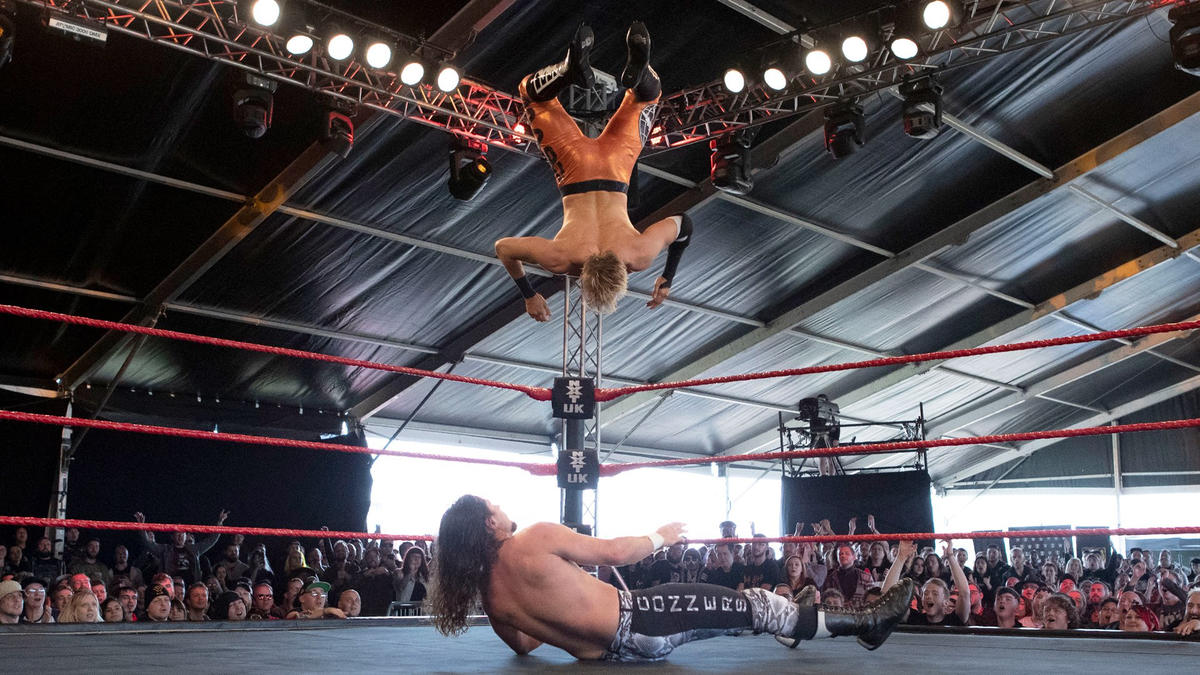 After this was a quite a bit of promo time. First we see the Hunt acting their normal savage ways in some isolated corner at the Download Festival. Mastiff comes up to tell them them they have the same Gallus problem. He then asks if they are going to let the Hunt become the hunted. This leads to even more savagery acting as they walk off together. I can only imagine what someone would be thinking walking by overhearing all of this. We then have the Grizzled Young Veterans come out to the top of the ramp while wearing plastic bags wrapped around their feet. But you know, after that it was the same ol’ song and dance here. Gibson doing all the talking and dissing everything that isn’t them. During this though they did remind us that they will be defending their titles against Moustache Mountain next week. The last promo segment is for Rhea Ripley. She says she’s not a bully, just putting people in their place. She warns Piper Niven of their match week.

We finally get back to some wrestling with Killer Kelley vs Xia Brookside. This match didn’t last that long though. During the match Jinny and Jazzy Gabert would come to the top of the ramp to cause a distraction. Brookside would capitalize on the moment and give Kelley a codebreaker for the win. 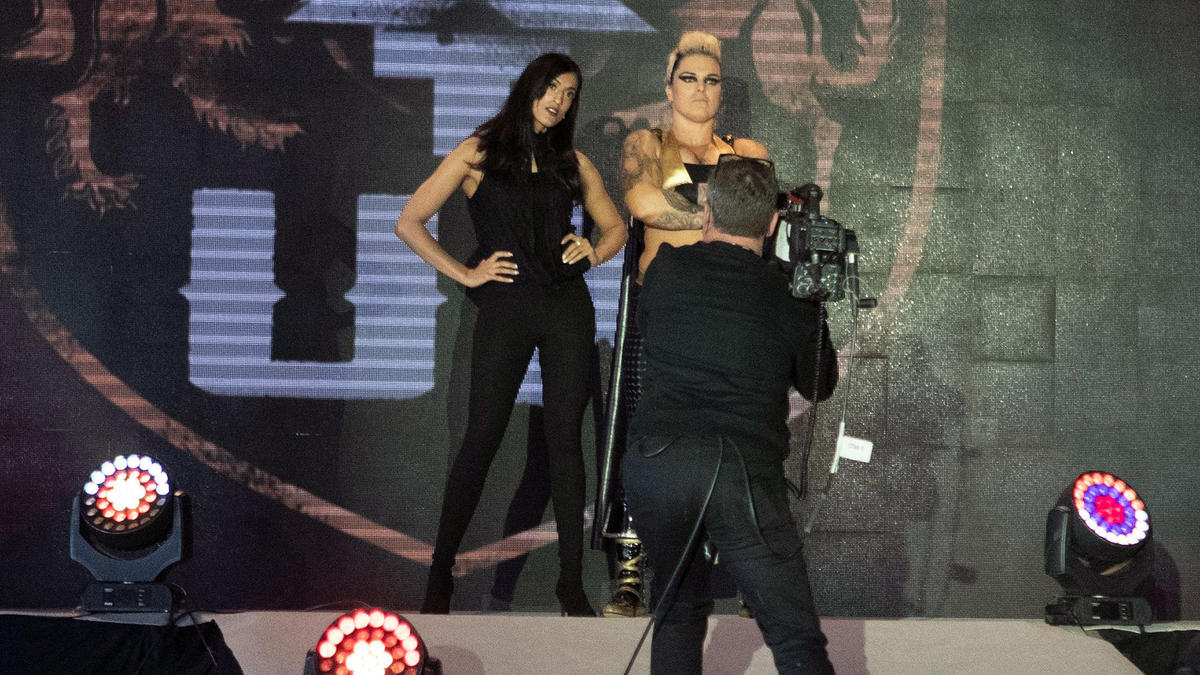 Back to another promo, Toni storm says she’s ready all the time regarding Kay Lee Ray getting to choose when she wants her title shot. Storm thinks Kay Lee Ray is all talk and let’s us know that she will be in her next match in two weeks.

Next up was Noam Dar vs. Ligero. Dar would continuously grab Ligero’s horns and taunt him throughout the match . Kenny Williams would eventually come to ringside with his own chair to sit and watch the bout. Dar would fake a leg injury and asked for Williams to hand him his chair while the ref was trying to Ligero away from him. During this time, Williams pretended to hand Dar his chair but didn’t let go. This would give Ligero the opportunity to roll up Dar for the win. I got to say, I don’t know if it’s because the crowd is already exhausted from watching SmackDown when 205 Live is going on but they definitely give him a lot more attention on NXT UK. 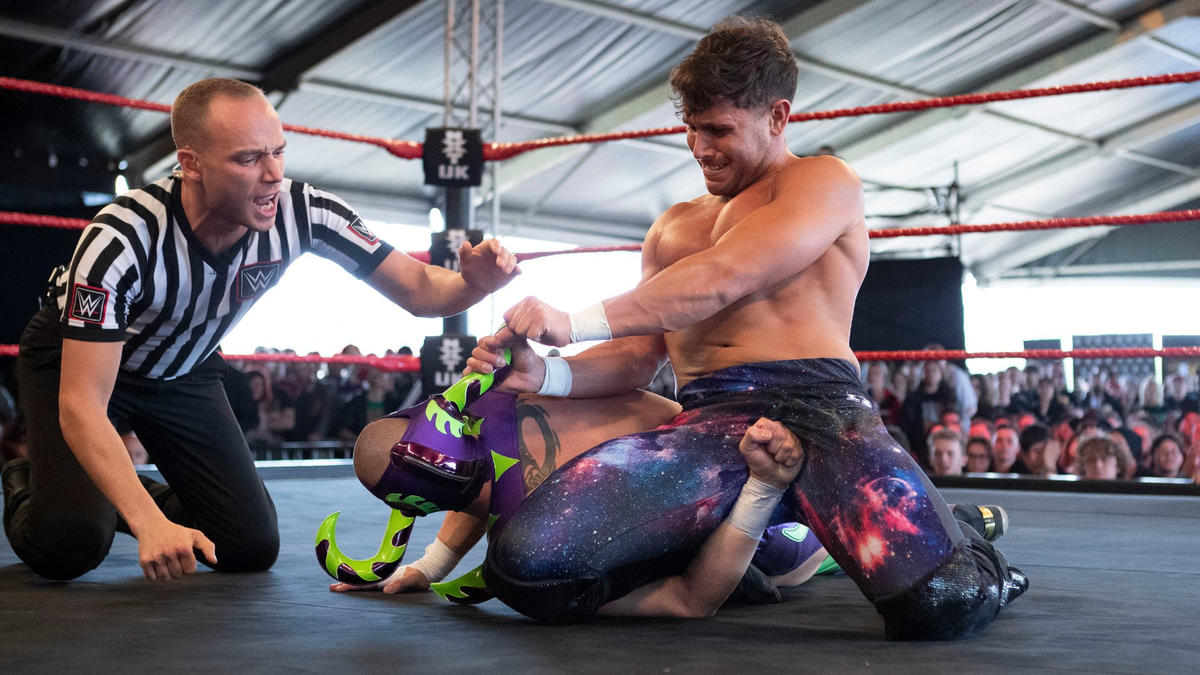 For the main event we had Travis Banks vs WALTER for the NXT UK Championship. This match was a lot better than I was expecting. I was thinking there would be some Imperium involvement in this match with WALTER controlling the match. But this was not the case whatsoever. Banks put on a terrific match and this was a pretty even match the entire time. In the end, WALTER would power bomb Banks on the apron then roll him in the ring to deliver yet another power bomb for good measure for the win.

And that wraps it up for this week’s NXT UK. Next week we have Rhea Ripley vs Piper Niven and also Moustache Mountain takes on the Grizzled Young Veterans for the NXT UK Tag Team Championships. Thanks for reading and long live wrestling! 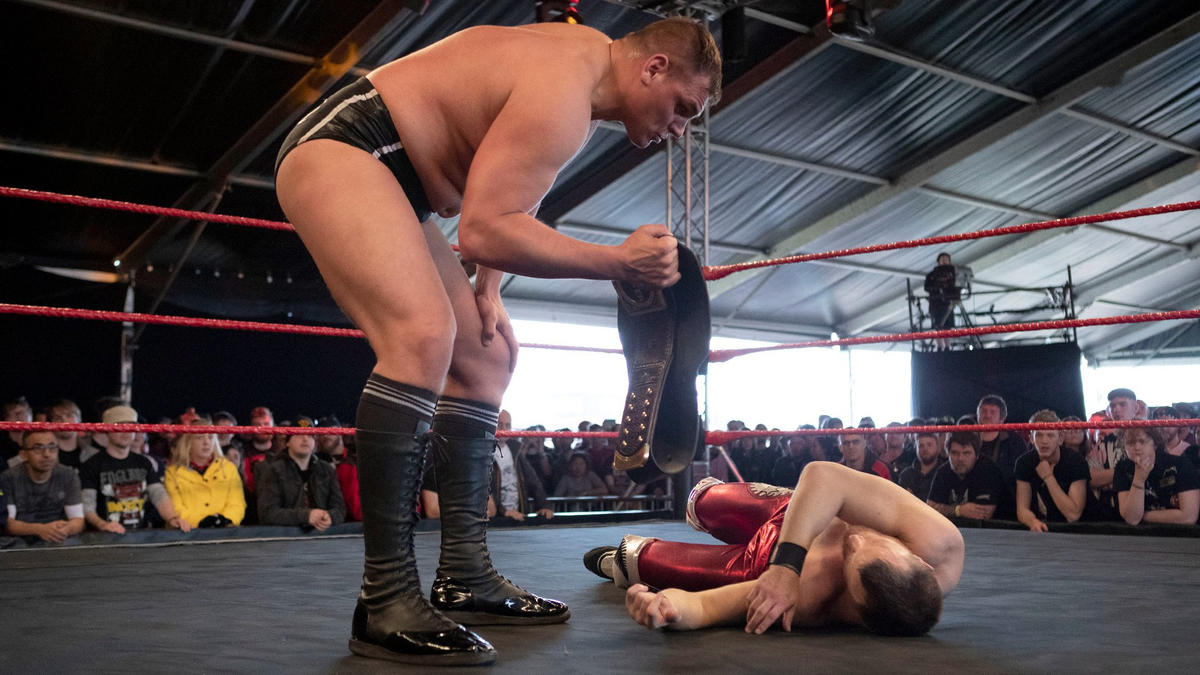