This week’s episode started with Rhea Ripley storming to the ring. She said she’s tired of Piper Niven thinking she is the most dominant woman in NXT UK and she wants to have their match now instead of waiting later in the show. Niven immediately came to the ring with the same intensity as Ripley to get the match started. This was a pretty good back and forth match. Out of nowhere though, Niven would deliver her Michinoku Driver for the win. I didn’t think this match was anywhere near over when she won, but I’m not complaining. This was a great way to start off the show. 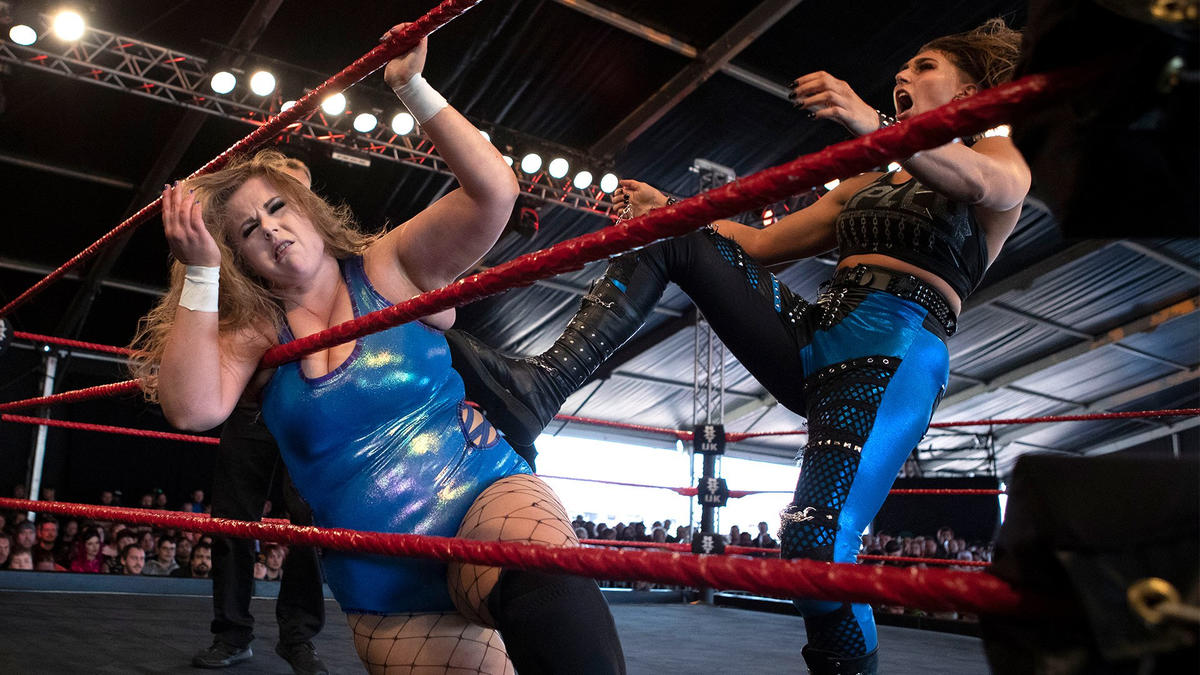 After this was a super quick segment with Kenny Williams being asked about his actions coming ringside to Noam Dar’s match last week. Before Williams had a chance to get out a full sentence, Dar attacked from behind then calls him unlucky while walking off.

The next match of the show was Jack Starz vs. Alexander Wolfe. If you haven’t caught on, Starz seems to be the mainstay jobber for NXT UK. It wasn’t 100% Wolfe completely dominating but we all knew who was going to win this match from the beginning. Wolfe would win with a Death Valley Driver followed by a sit-down power bomb. I got to compliment Wolfe on those two moves, they were perfectly executed. 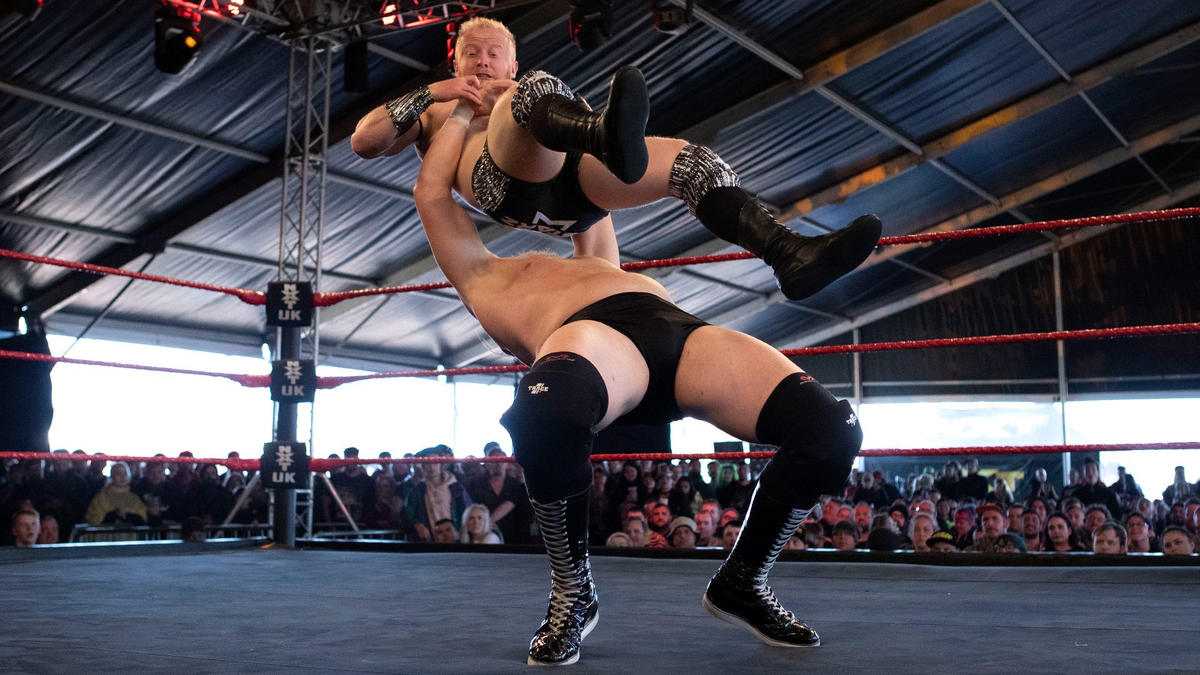 Following this was a segment with Gallus. I honestly had a bit of a hard time following what they were saying due to their accents and jargon, but whatever they were saying was directed to The Hunt and Dave Mastiff.

Next up was Jazzy Gabert in a handicap match vs Dani Luna and Mercedes Blaze. This was a pretty quick match with Gabert having her way the entire time. After a while, Jinny gave her the green light to deliver her Omega Slam for the win. 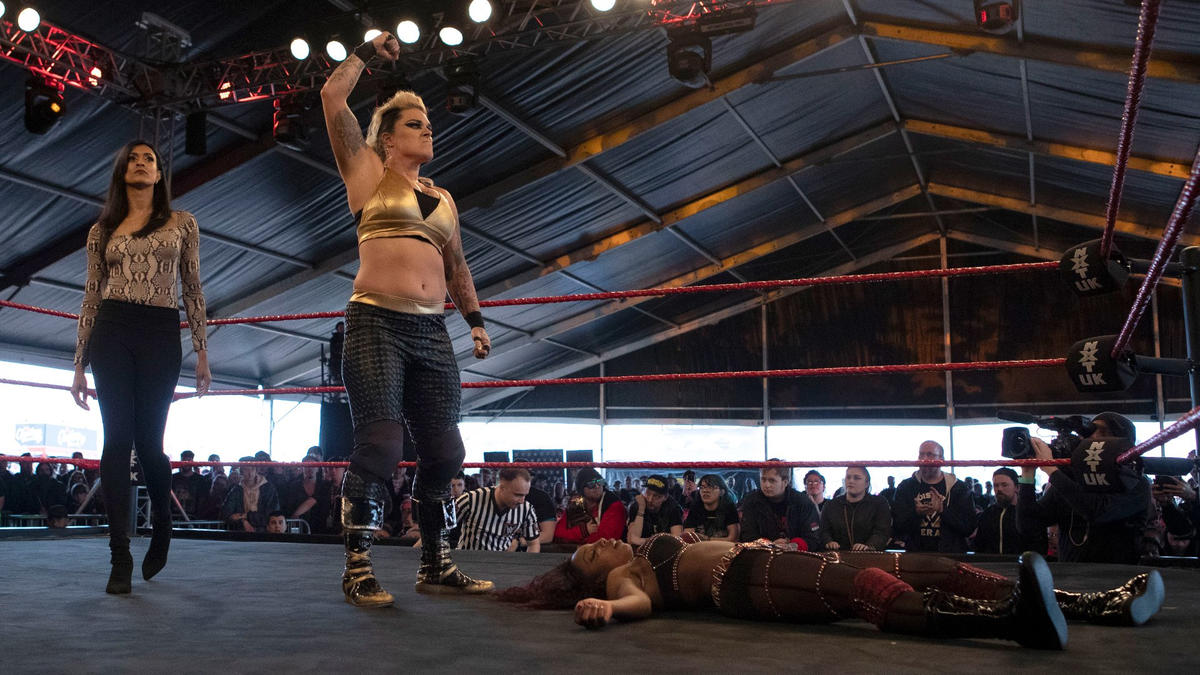 Kassius Ohno had a segment after this. He says that the NXT UK is in a state of emergency and that they need him. He also added that Mark Andrews is not an authentic UK wrestler and is a disappointment. Ohno reminds us that he is the most passionate and best British wrestler in the world.

After that was our main event with Moustache Mountain vs the Grizzled Young Veterans for the NXT UK tag team championships. This match was great and was easily the best of the show. Each team had their spots showing how well gelled they worked together. Sadly though, the Imperium came in and interrupted the match to cause a disqualification. This was a bummer. During the beat down, the Imperium handcuffed Trent Seven to the turnbuckle while WALTER absolutely destroyed Tyler Bate outside the ring. The show would come to a close with Seven yelling for Bate, both helpless. 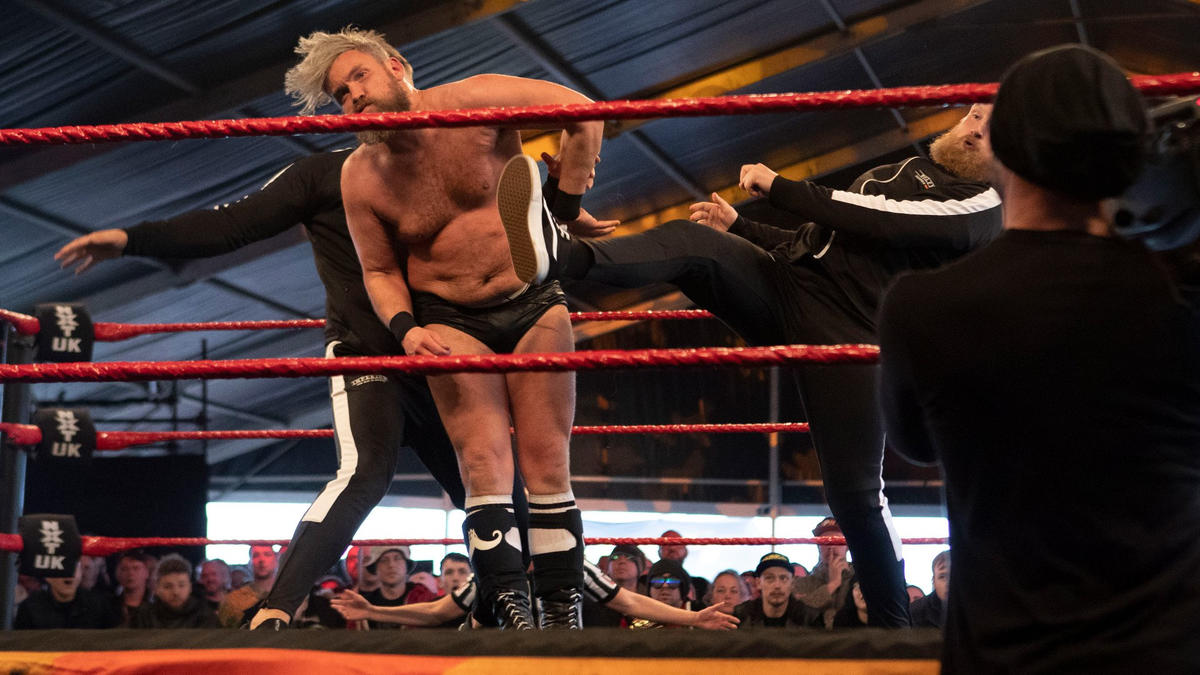 And that wraps it up for this week’s episode. Next week we have Toni Storm in action as well as The Hunt and Dave Mastiff vs Gallus. Thanks for reading and long live wrestling!