It’s time for the go home show before NXT Takeover: Toronto! William Regal starts it off with a bang, as he is here for the contract signing for the Tag Team Championship match. I personally rolled my eyes, as I am not usually a fan of contract signings, however Montez Ford got my attention as he mocked the New Age Outlaws as he introduced the Undisputed Era. Immediately I forgot why I hate contract signings, as these two teams fired back and forth some outstanding work on the mic. The Street Profits are hands down one of the best on the mic. Both teams held their own, and if I wasn’t sold on the match before this, I certainly would be on the wagon for it! 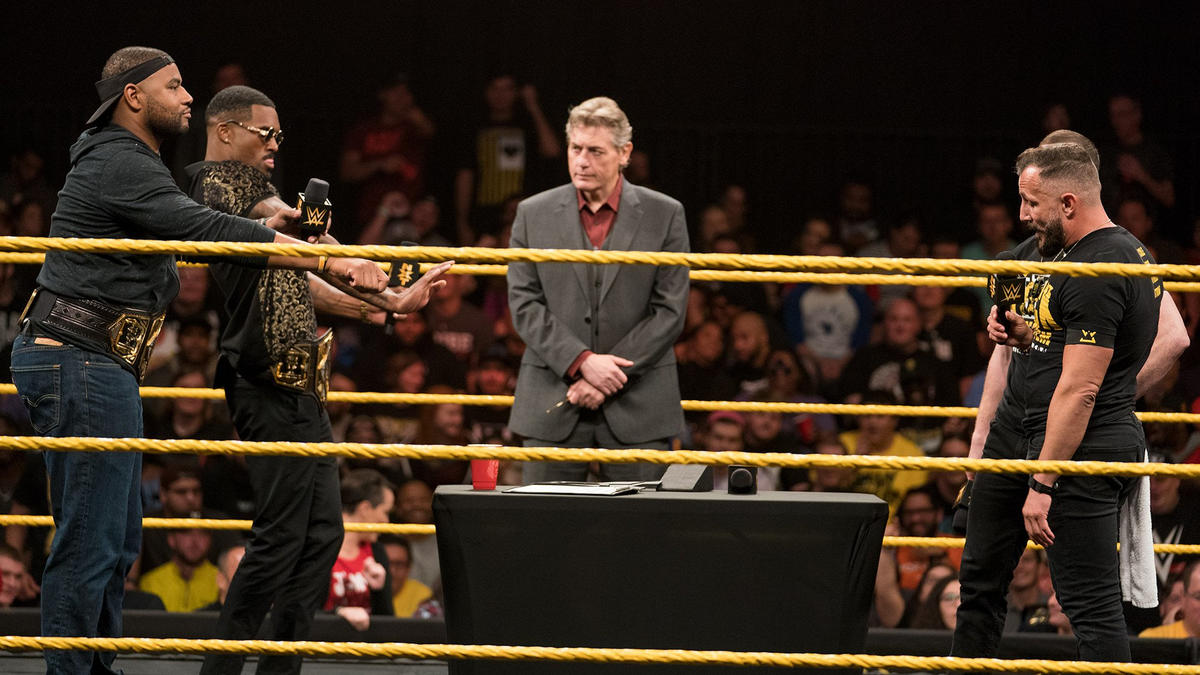 Next up is a couple of hype videos for the Triple Threat Match for the North American Championship and the NXT Women’s Championship. Good video packages, but not too much to see here if you haven’t been tuning in.

This match really was just to remind us all what Shane Thorne can do. I won’t lie, I’ve only known him as a tag team wrestler, so to see him coming out as a singles competitor was very different. Joaquin was a good choice to send him out against, as he is such a great seller, he made Thorne look like a threat moving forward. It’ll be interesting to see if Thorne gets a ‘pre-show’ match against another member of the Breakout Tournament, as he is clearly out to get people who took his opportunity. 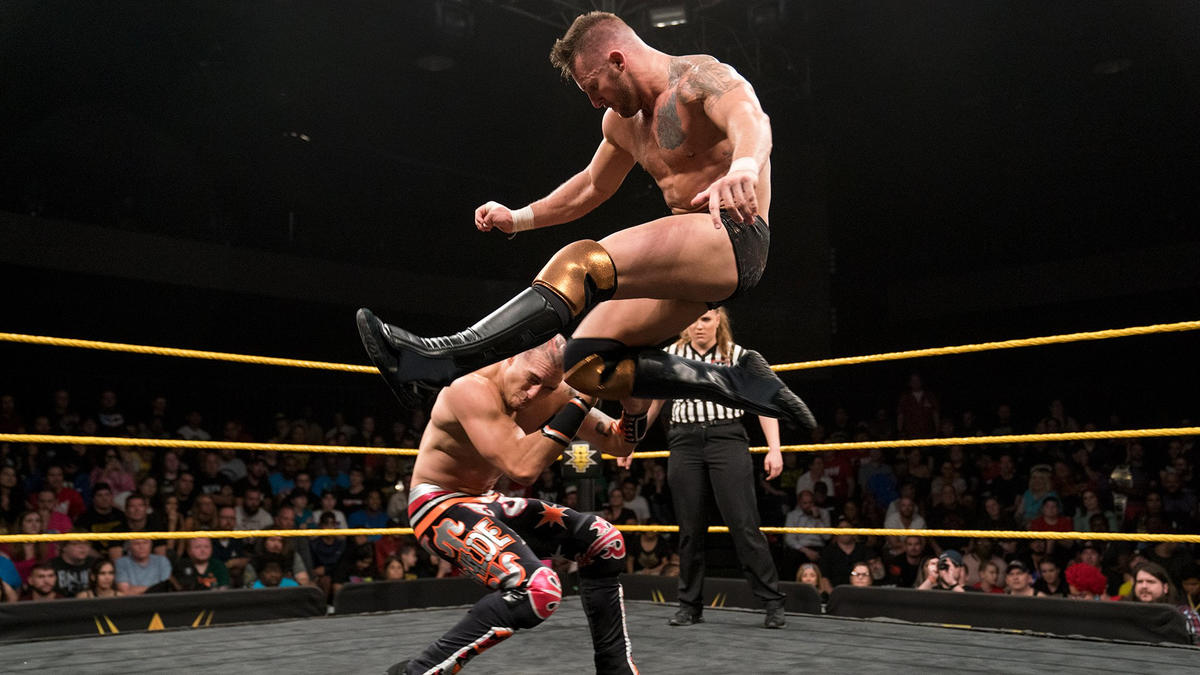 This match started before it even got a chance to officially start. Riddle made his entrance and was quickly attacked by Killian Dane. Kind of disappointing, but at the same time, this match looks like it is bound to be filmed at Takeover, which is a better crowd for it in my opinion. 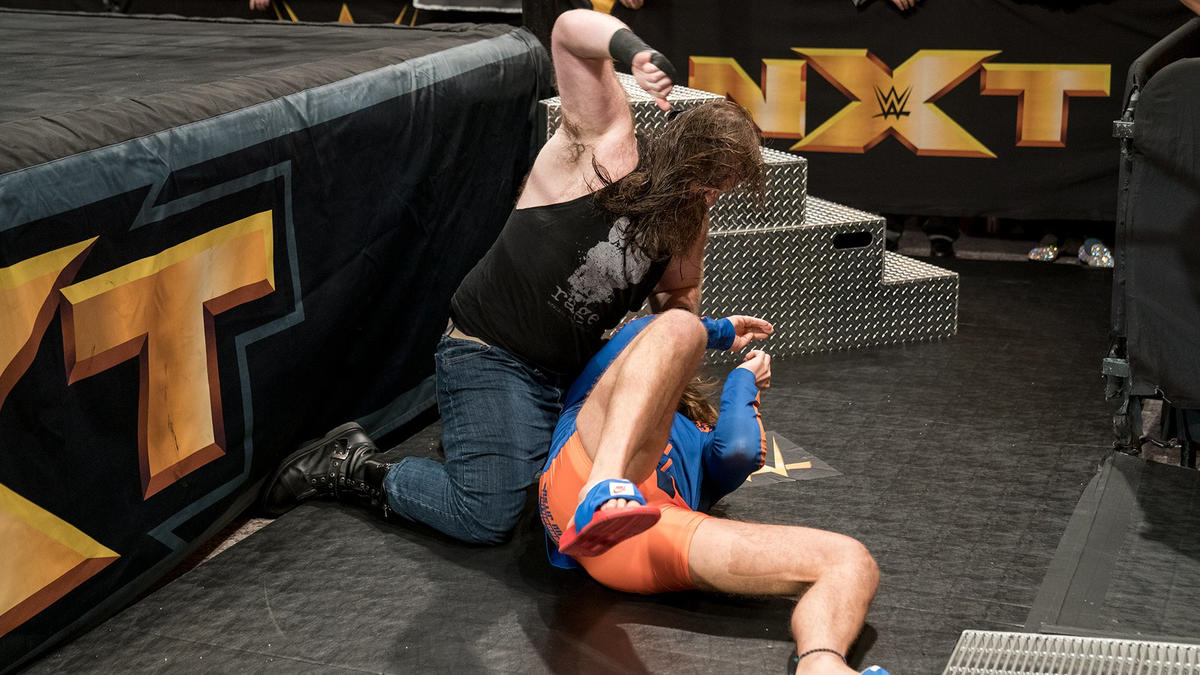 A fun promo between Tyler Breeze and Fandango, as they discuss where they went wrong in WWE. Looks like they’ll be taking on the Forgotten Sons next week.

We end this week with a long hype video for Johnny Gargano vs. Adam Cole. It is definitely worth checking out. While this feud has not quite been as hot as Gargano vs. Ciampa, it most certainly has been the top feud in NXT. This will be the culmination of a lot of outstanding work between these two superstars, and this video clearly defined that. Quite a few WWE Superstars chimed in with their praises of Cole and Gargano, which made this one all more interesting.

This week was very heavy on the hype for Takeover, with not a lot of in-ring action. That said, I am excited for this weekends event. This week, we will be trying something new for our review of Takeover. Instead of a standard review, myself and my brother DQ will be recording a YouTube show called “Takeover Hangover” where we discuss the happenings at NXT Takeover: Toronto. Keep an eye out for that, and much more here with your friends at the Jobberknocker. And make sure you follow me on Twitter @TJoftheJK.