Anyone who frequently reads this knows that the Wednesday after Takeover is usually my least favorite week of NXT. However, this week will be a little different as we get to crown the winner of the NXT Breakout Tournament! The Black and Gold Brand of WWE is strong, so let’s dive right in!

Breezango vs. The Forgotten Sons

I find it amazing that it literally took a change of scenery to revitalize Tyler Breeze and Fandango. I am hoping this can happen for more people down the road, especially as it appears NXT will be going to two hours on FS1. 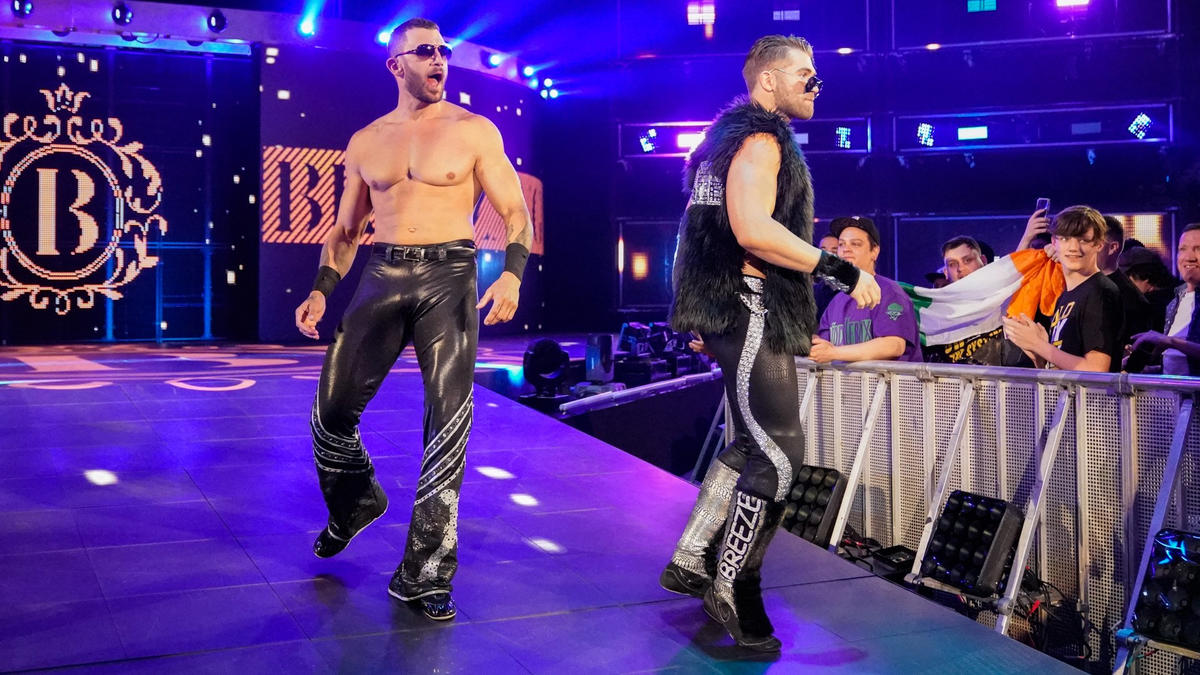 It was an exciting start for Breezango fans, as they both got their stuff going early. It was quickly extinguished by the Forgotten Sons, who showed they are a seasoned tag team here in NXT. Jaxson Ryker interjected himself into the match on multiple occasions, eventually getting himself ejected from ringside.

Breezango held on to gain the victory when Fandango hit his slingshot elbow. This was a fun match and as I mentioned before it was great to see these two get such a big pop. The crowd was 100% behind them and I am hopeful that they will be able to pick themselves back up and become contenders for the NXT Tag Team Championships.

A recap video of the North American Championship match from Takeover was shown, followed by an exclusive with Pete Dunne. The bruiserweight was upset that the Velveteen Dream did what he had to do to retain his championship, but now he will do what he needs to do to win the title for himself.

Next up is Jordan Myles working out backstage for his Main Event match against Cameron Grimes. We see a recap video of the NXT Breakout Tournament, with all of the exciting highlights. While I have enjoyed covering this weekly, I can’t help but to think that this could have been a tournament special similar to the Cruiserweight Classic and Mae Young Classic. As long as the culmination continues the momentum the tournament had, I will be a happy camper.

A recap of the NXT Tag Team Championship is up next. I seriously cannot say enough about this match. It was most certainly the best choice for the starting match, and I am still in awe of Montez Ford’s Frog Splash.

After that is an exclusive of the Undisputed Era backstage hunting down William Regal. They point out that the non-legal man was pinned and that they should have been the victors of the match. This feud is certainly not over!

We get a very creepy video of the new Io Shirai. I know I have said it (and JC has agreed with me) but heel Io is SUPAH HAWT FIYAH. I cannot wait to see where she goes next. I can’t help but think that her and Candice aren’t done. If this is true, I would love to see them outdo their match from Takeover: Toronto!

Next up is a recap of the NXT Women’s Championship match. Not much to say here that hasn’t been said. Baszler is seen in an exclusive backstage interview looking annoyed. She was asked if anyone has pushed her farther than Mia Yim, and all she had to say was “…and still.” Not sure what match Cathy Kelley was watching, but I’m pretty sure Shayna was taken further by other foes.

We relive the main event of Takeover: Toronto. Going into this match, Cole and Gargano were my favorite stars in WWE. Coming out of it, they still are and I couldn’t be happier to be a fan of both men. It’s kind of sad this feud looks to be over, but I am more than certain that both will continue to be huge stars in the industry.

A clip of the brawl between Matt Riddle and Killian Dain is shown. Looks like they might finally have their match next week on NXT. 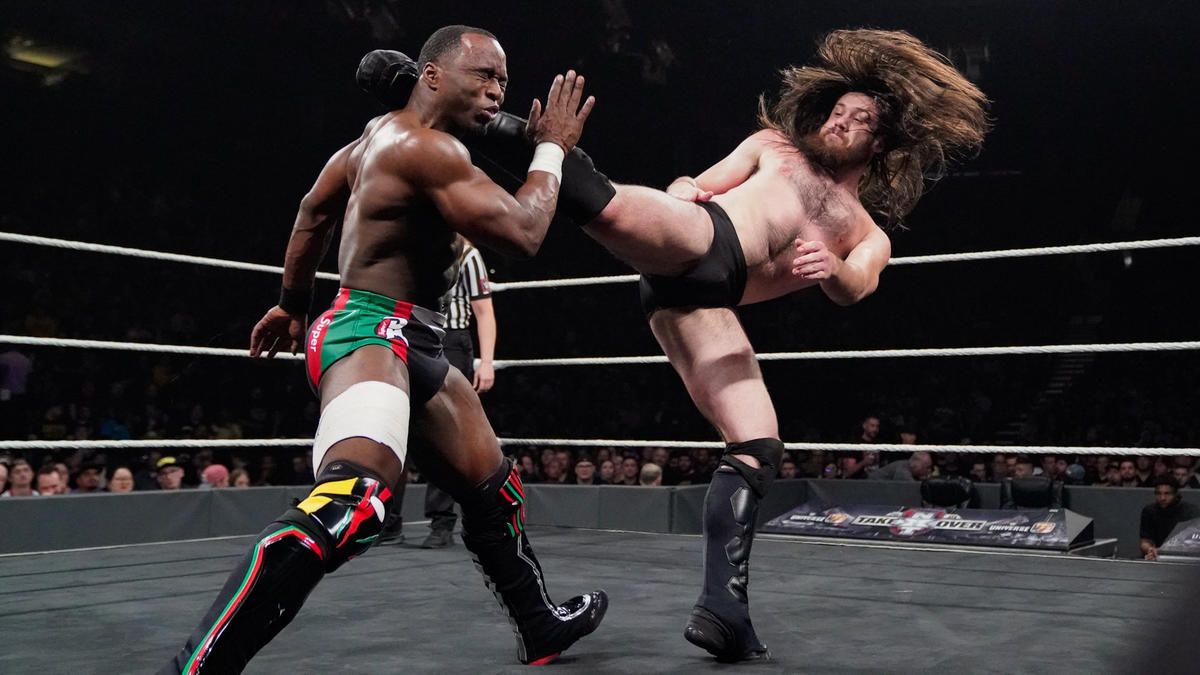 Every time I see Cameron Grimes, I have to double take that he is star. He looks like the guy down the street in Polk County rocking a John Deere hat. But I digress, once I get past his appearance, his in ring skills make me change my mind. For probably one of the first times in a while, Grimes was actually the bigger star in the match. He dominated much of the beginning, utilizing some underhanded tactics to regain momentum every time Myles picked it up.

Myles took a beating, and had to show his resilience. Despite this, he ended up countering Grimes’ offense with his quickness on multiple occasions. Eventually, he was able to win with the 450 Splash. He now gets the opportunity to compete for an NXT Championship of his choice. Regal came out with a folder and raised his hand on stage.

It didn’t surprise me that Myles won this tournament. He was such a huge talent on the Indies, it was only a matter of time before he made it to NXT. It will be interesting to see who Myles challenges. While I don’t see him winning the NXT Championship, I would like to see him and Adam Cole in the ring.

That’s all for this week. If the video recaps on this episode didn’t do the job for you, check out me and my little brother DQ’s YouTube special “NXT Hangover.” We recap NXT Takeover: Toronto for you and even socialize the entire team! We want to thank everyone that tuned in for our inaugural episode, and we look forward to doing more in the future. Until then, check me out on Twitter @TJoftheJK  and I’ll see you next week.